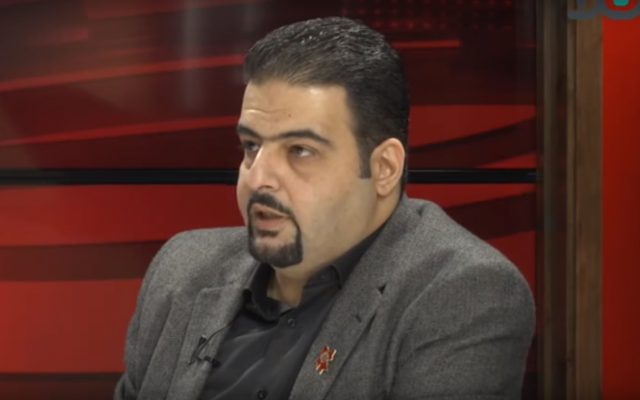 Newly-elected Haifa Mayor Einat Kalish-Rotem has appointed Hadash party member Raja Za’atara as deputy mayor, a move that has resulted in outrage and accompanied by demands to cancel the appointment. Such calls can be heard from residents of Haifa as well as from public officials, led first and foremost by Prime Minister Binyamin Netanyahu.

Za’atara does not hide his political affiliations, and when he was asked if he views Hamas as being a terrorist organization some time ago, he responded “a nation that is occupied as the right to resist that occupation”. Za’atara has also expressed support for Hezbollah.

He is going to rotate the deputy mayoral position with Meretz party member Dov Haiyun, the rabbi affiliated with the Conservative Movement arrested for illegally marrying couples ruled as ‘unfit for marriage’ by the Rabbinate. Haiyun will be deputy mayor for the first half of the term and then Za’atara will replace him. They are each scheduled to serve for 2.5 years in the post.

Kalish-Rotem was backed by Shas and Degel Hatorah in the municipal elections, as they both admitted they do not necessarily agree with her hashkafa, but they did wish to unseat Mayor Yona Yahav, which they succeeded in doing. However, we are now witness to the results of that election success. Neither chareidi party has commented on the deputy mayoral appointment. Kalish-Rotem has also not commented by the time of publication.

Za’atara is no stranger to protests during which PLO flags are waved and is an open critic of the shooting of “unarmed Palestinian civilians” during the border clashes between Gaza and southern Israel on Fridays.

Za’atara also appeared on a panel discussion in Bar Ilan University, using that forum to compare the Zionism to ISIS. He said that ISIS learned “rape, murder, looting and massacre from the Zionists”.

Speaking with Yediot Achronot following the controversy surrounding his appointment, Za’atara is quoted telling the newspaper he is not looking back, insisting there are persons in the coalition who wish to incite against him and the Arab party in Knesset. He calls on his opponents to judge his actions more than his words, pointing out his his efforts towards dual existence and equality between Arabs and Jews in the northern city.

Addressing the appointment at the start of the weekly cabinet meeting on Sunday, Prime Minister Binyamin Netanyahu said, “This morning before the meeting, I sought out Haifa Mayor Einat Kalisch in order to ask her to cancel the appointment of a deputy mayor who supports Hezbollah and Hamas, which have declared their intention to destroy the State of Israel. I hope that she will respond. I am pleased that our colleague [Interior Minister] Aryeh Deri has already begun to deal with the matter and I know that many others have also expressed their views. This is unacceptable; therefore, I am convinced that it will not happen.”