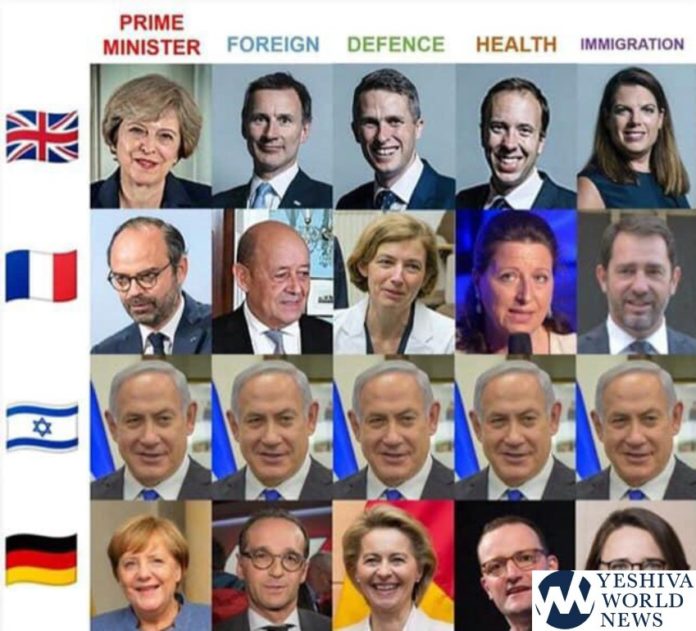 Prime Minister Binyamin Netanyahu on Friday announced in the coming weeks, he plans to appoint an Absorption Minister and Foreign Minister. He stated he plans to hold on to the Health and Defense portfolios, which he holds too, with Yaakov Litzman of Yahadut Hatorah serving as Deputy Health Minister with ministerial authority.

In a letter to his cabinet ministers, he tells them he plans to appoint the two ministers in January 2019.

Last week, the Movement for Quality Government filed a petition with the High Court of Justice against Netanyahu, calling on him to explain why he does not appoint cabinet ministers, telling the court, “Due to the heavy burden placed on the Prime Minister and preventing him from carrying out his duties in the best possible way, due to the large number of government ministries headed by the Prime Minister and their importance, and due to the sensitive security situation in which Israel is present – the Prime Minister, who also serves as Minister of Foreign Affairs, Health, Defense, is extremely unreasonable.”