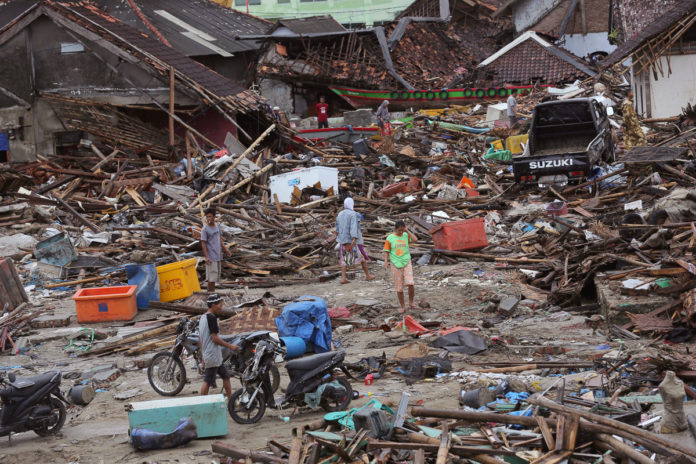 Following a Tsunami that hit the Pandeglang region of Indonesia on Saturday night killing upwards of 420 people and leaving thousands homeless, Israid and The American Jewish Joint Distribution Committee (JDC) have been active in the worst-hit areas offering aid and support for those affected by this natural disaster. More than 14,000 have been injured thus far in the disaster with thousands more suffering from illnesses and lacking food, water, and proper shelter.

The JDC is working in the Kalianda and Rajabasa sub-districts of Lampung, a province on the southern tip of the Indonesian island of Sumatra. The area which was hard hit by the tsunami. The JDC has been providing health services, clean water, and supplies for survivors.

The situation is not new to the JDC  who has had a presence in Indonesia since the Indian Ocean tsunami back in 2004. The JDC likewise provided aid after the earthquake and tsunami struck Indonesia’s Sulawesi Island in September.

Israeli aid organization IsraAID has also had a presence in Indonesia since September. Its team includes an emergency response team capable fo providing medical aid as well as supplies.

Israid posted the following statement on their social media pages: “IsraAID’s team currently in Indonesia has been monitoring the situation following the deadly tsunami and volcanic eruption. At the moment, we are assessing needs on the ground, in conversation with local partners.”

The Foreign Ministry of Israel offered kind words but no concrete support at this time as Indonesia does not have diplomatic relations with Israel. Likewise, the country has rejected all previous offers of official aid coming from the Jewish state.