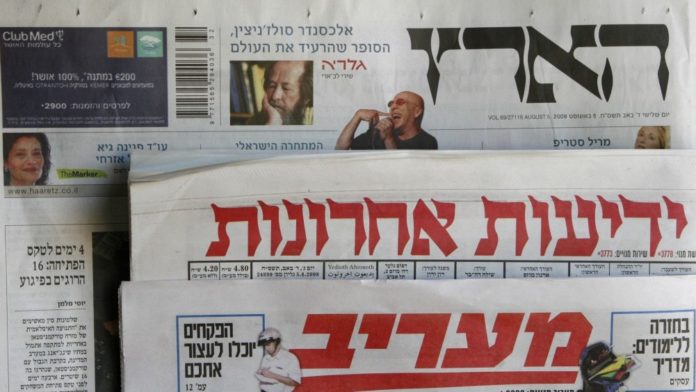 The TGI survey, published on Thursday, January 31, 2019, presents a picture of the printed press. Within a year, the exposure to print media fell from 52% to 44.3%, a decline of about 15% per year. There is almost nobody that has not suffered a significant drop in exposure – as leaders Maariv and Haaretz group have dropped as well. The status quo between Yisrael Hayom and Yediot Achronot is maintained, but even these two are weakening.

Galei Yisrael and Kol Chai Radio are getting stronger
On the radio, the regional stations gained strength, but Galgalatz is still the most heard station, while Galei Tzahal (Army Radio) is still leading the network here, but both have lost their exposure: Galatz has fallen from 24.1% a year ago to 21.1% Year, and 20.6% now KAN Reshet Bet dropped from 20.7% to 19%.

The Kol Chai radio station has increased significantly from 4.5% to 5.5% in the last six months, and opened a gap over Kol Berama Radio, which weakened at the time from 2.8% to 2.1%.

After the significant leap in the previous survey, Moreshet – the religious station of the communications corporation – weakened from 4% to 3.3%. A year ago, it stood at 2.6%.

The status of the print media
The situation of the printed press continues to deteriorate. In the period between July and December 2018, Sunday to Thursday, the exposure to the newspaper stood at 28.2%, compared with 31.7% in the first half of 2018.

Incidentally, in January-June 2015, exposure to the newspaper stood at 40.8%, i.e., in less than 3 years, the newspaper reported a decline of more than 30% in exposure. The weekend editions also fell in the same period – from 31.7% in the first six months of last year to 28.8% in the second half of the year.

At the same time, Yediot Achronot continues to record a decline in exposure to a low of 24.1% (compared with 27.3% six months ago). And to think that once the newspaper controlled the print media with more than 50%. At the end of the week, exposure fell from 31.3% in the first half of 2018 to 27.8% in the second half of the year.

Among the dati leumi weeklies, BaSheva is slightly stronger but has been maintaining a balance for several years – 6.2%. Makor Rishon fell 25% from 4.2% to 3.1%.

The daily Haaretz fell from 5.4% to 4.5%. TheMarker magazine does not lose exposure at the end of the week and maintains a balance of 1.6%.