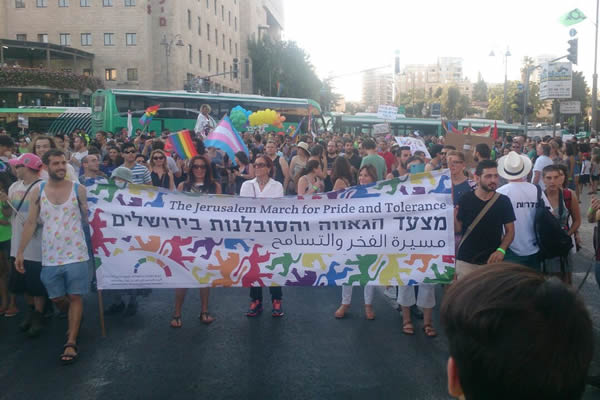 “Pride events” in Israel will open this year in a large protest march in Jerusalem, the Jerusalem Open House announced on Sunday, February 3, 2019.

“I am very happy that the march in Jerusalem will open the season,” said Eyal Luria, a Meretz member of the Jerusalem city council. “In the capital of Israel – in front of the decision makers, it is important that we see our strength before the party parade in Tel Aviv – we will be in Jerusalem in a tremendous protest event demanding full equality of rights, and no less.”

At the same time, this is one of the first tests of the new mayor, Moshe Leon, who heads a religious-chareidi coalition. In the interviews he gave before taking office, Leon chose to preserve honor and statehood in front of the proud community and said that he would allow it to be held in light of the court’s instructions but would not participate in it. “Everyone has the right to express his opinion, and I support anyone who wants to express his opinion,” Leon stated.