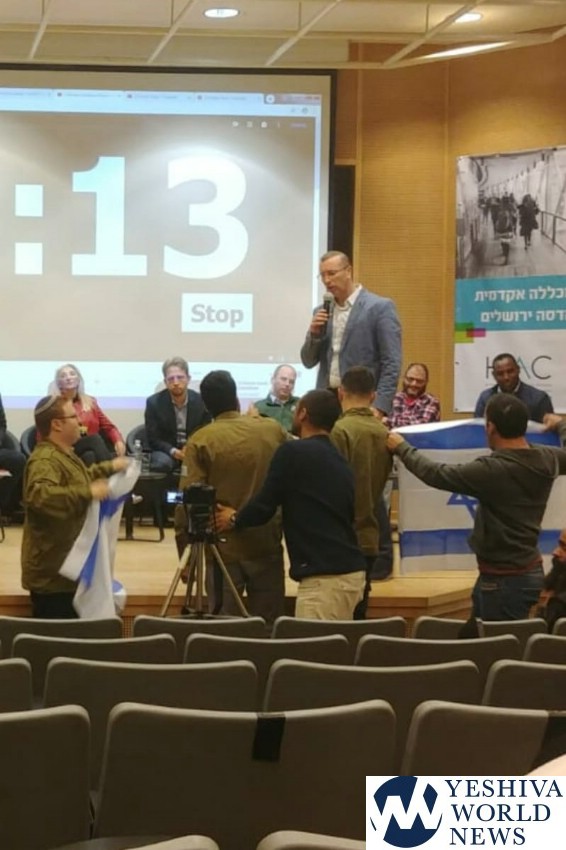 Students at the Hadassah Academic College in Jerusalem protested up an election panel that was held at the college, with the participation of Ofer Kasif of the Hadash-Ta’al Israeli/Arab party.

The students, who serve in active reserve duty, who wore IDF uniforms, raised Israeli flags and did not allow Ofer Kasif to express his dangerous views.

Yehuda Sharabani, a student of politics and communications at Hadassah College who participated in the protest, said: “Ofer Kasif claims that harming IDF soldiers is legitimate. His extremist views harm state security and give a stamp of approval to terrorists to murder Jews. Despite all this, Mr. Kasif was not disqualified by the High Court of Justice.

“We hope that the administration of the college will understand that it is forbidden to give supporters of terror legitimacy to continue to poison soldiers or Jews in the shadow of a political panel.”