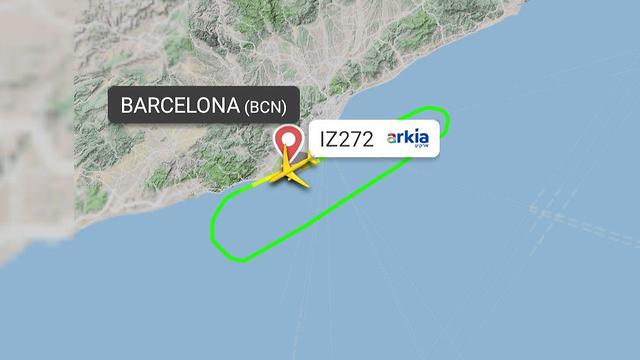 Israeli airline Arkia turned around one of its planes, flight IZ272, from Barcelona to Tel Aviv, after an explosion was heard 10 minutes after take-off. The flight, which was being operated by the Italian charter company Neos, experienced a malfunction in one of its engines and had to make an emergency landing.

The flight returned to Barcelona airport and landed safely without any injuries. Passengers who were on the flight reported that they heard an explosion immediately after takeoff.

Ynet News reported that passenger Yisrael Zeri, a Municipal Council member for Ramat Gan city hall, was on the plane and said: “Immediately after take-off, we heard a number of explosions and we felt moderate turbulence. At one point, passengers who sat near the windows on the left-hand side of the plane began to scream and said that they saw fire coming from one of the engines. People began to panic. The airline attendants also began to become stresses at a certain point. When a number of passengers began to cry the crew announced that they were going to conduct a regular landing back in Barcelona.”

A spokesperson from Arkia issued a statement following the landing: “An Italian Boeing plane that conducted the flight on behalf of Arkia from Barcelona to Israel returned to Barcelona after its take-off due to a malfunction that took place in one of its engines. The plane conducted a normal landing in Barcelona. The passengers disembarked and Arkia is working on finding alternative flights to bring them to Israel as fast as possible.”