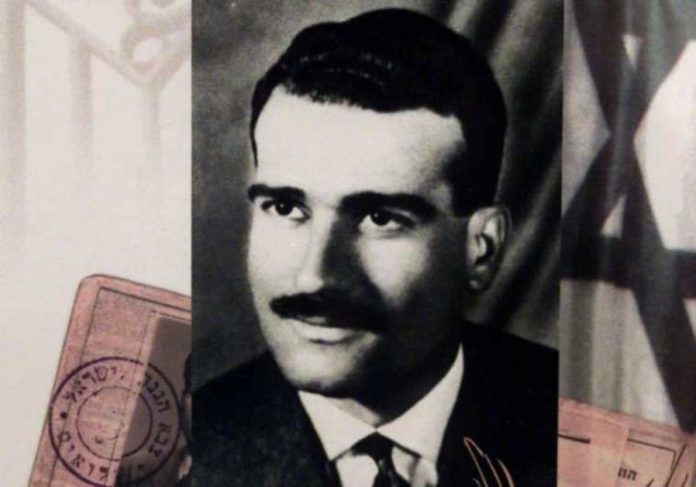 According to multiple reports quoting Syrian opposition websites, a Russian delegation reportedly left Syria on Sunday and had with them the coffin containing the remains of Israeli spy Eli Cohen.

YWN stresses that these are unconfirmed reports, but come just two weeks following the return to Israel of the remains of IDF Soldier Zachary Baumel HY”D.

In July of 2018, YWN reported that there had been an agreement between Israel and Syria to have the remains transferred to Israel. The remains were to undergo DNA testing and if it turns out that they are Cohen’s, Israel will be willing to relax its position regarding the deployment of the Syrian army on the northern border.

The report also had said that Cohen’s family recently heard his last words before he was executed. The recording was accompanied by sad music, and Cohen was heard talking to his wife, Nadia. He asked her to look after herself and the children, to remarry and to take care of his children’s education. The spy wanted to make sure that she told the children about him, so they would be proud of him in the future and invited her to pray for his neshama.

YWN reminds our readers that last summer it was reported that the Mossad returned Cohen’s wristwatch to Israel. Mossad Director Yossi Cohen presented the Cohen family with the wristwatch during the memorial ceremony for the Israeli spy. The Mossad said: “The precious item is now displayed at the Mossad headquarters as a signal and memory for the legendary fighter and on Rosh Hashana, the watch will be transferred to the family.”

Cohen infiltrated Syria’s leadership in the early 1960s and obtained top-secret intelligence before he was caught and executed in 1965.