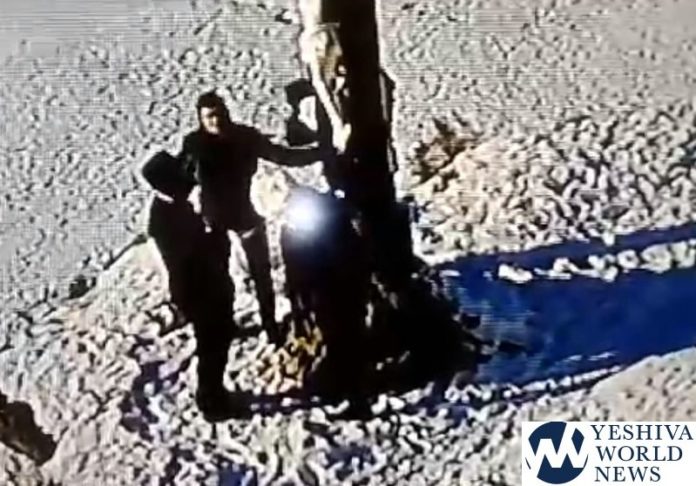 Chassidish youths caught on camera vandalizing a Christian monument in Uman have been released by authorities in time for Pesach.

As YWN had reported, the youths were arrested for the vandalization of the religious monument near where Jews visiting the tziyun of Rav Nachman go for Tashlich.

The two, who are not Breslov Chassidim according to a Kikar Shabbos report, were tried in a local court and sentenced to two months imprisonment followed by house arrest but there were some complications due to their failure to comply with the court’s restrictions.

After askanim became involved, the two were released and have already left Ukraine, on the way back to Eretz Yisrael in time for Pesach.