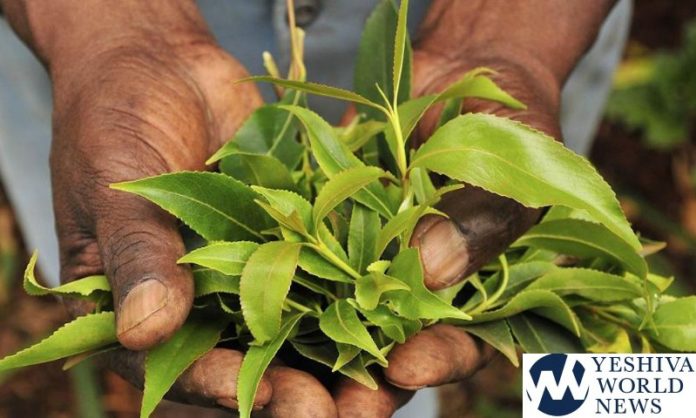 Over the past few months, dozens of young Charedi men and women have been arrested for smuggling contraband items in Manchester, England. Recently, two Charedim spent Seder night in a holding cell in the airport in the city. On Tuesday, two young women were arrested. One of them is being held at the airport, while the second has been placed under house arrest until Thursday in the home of a local Rabbi. On Thursday, they will both be deported from England with a black stamp on their passport that will ban them from ever entering England again.

According to an investigative report that was conducted by BeChadrei Charedim, an Israeli citizen has been having young Chareidi men and women smuggle a contraband substance (Khat / drugs) into England. The substance will not get the youngsters tried in court, however, it is creating serious problems for the Chareidi community in the city, due to the actions being taking by local law enforcement to stop the smuggling.

According to the report, this has been a trend that has been taking place for more than two years.

One well connected Askan in the Manchester Charedi community spoke to BeChadrei and said: “The model of smuggling has worked in the smuggler’s favor thus far. So far, they send Chareidi young people with the contraband and if they get into trouble with the authorities, the local Chareidi community jumps in to help out. This has turned into a Chilul Hashem for the community because the youngsters admit that they knew the substance was banned. This is something that bothers our community greatly.”

He continued: “We the Askanim needed to organize food for the boys who were arrested on Erev Pesach. We had to get them all of the food for the Seder and for two days of Yom Tov, prior to the Chag beginning. This is absurd. These people are not basket cases who simply made a mistake. They aren’t innocent. They wantonly and knowingly smuggling contraband into a foreign country.”

The substance that is being smuggled is Khat, a plant substance native to Africa and often used by the Yemenite community. It is a stimulant and is legal in Israel, but is only permitted in England in small quantities and only for people with medical prescriptions for it. According to local reports, the British are looking to change the law quickly in order to outlaw possession of even a small amount, so that they will be able to try and prosecute those who are in possession of it.

One British Rabbi said:  The authorities have been nice about the whole thing so far, and often tell us when a young person has been detained for possession. However, recently there have been some 10 people per week who have been arrested and detained for smuggling. They are getting tired of it and will begin prosecuting youngsters even those who are under 18. We are going to have to stop helping them so that the organizers in Israel will stop sending these young people to smuggle for him.

The Airport Authority Service uses drug sniffing dogs who ow sniff and search every bag coming off of Israeli flights. Every flight undergoes intense checks and must pass their luggage through x-ray machines.