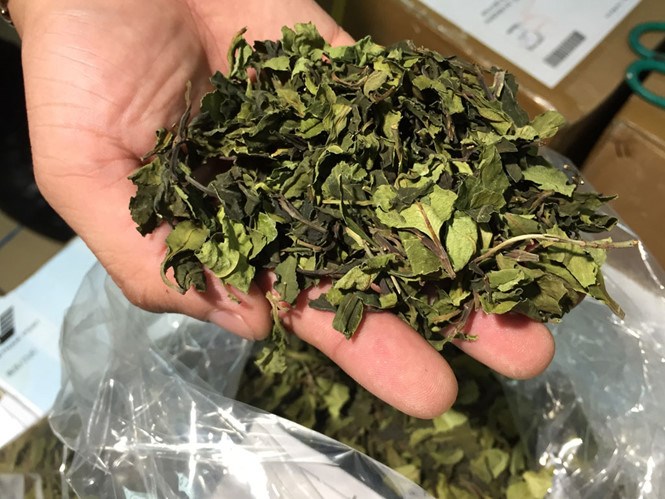 Following the YWN report of the arrest of chareidi girls upon their arrival in Manchester for smuggling in Khat (a drug), it has been learned the matter is gaining notoriety throughout areas of Europe, and there are two girls currently under arrest in Oslo.

As YWN-Israel reported, over the past few months, dozens of young charedi men and women have been arrested for smuggling contraband items in Manchester, England. Two girls spent seder night in detention and house arrest after they were apprehended. It is reported that the plant is not illegal in Israel, but it is prohibited in Europe.

BeChadrei Chareidim continues reporting on the case, explaining a number of askanim from Europe have contacted them to publicize the matter pertaining to the two girls detained Seder night, as well as the outrage of a Chabad shaliach whose become involved, albeit, not at his own behest.

Dozens of young chareidi boys and girls are smuggle the drug to Europe. They receive a sum of money and a hotel for three days and are told by the operator that if they get in trouble, they are told that they can “call the local Chabad shaliach”.

Two chareidi girls from Jerusalem were detained for a number of days in Oslo, the capital of Norway, for the attempted smuggling of Khat leaves. They are scheduled to be deported on this coming Shabbos to Israel. [They spent Pesach in detention.]

The Norwegians refuse to put them on a flight with a stopover, insisting on a direct flight, and this only happens on Shabbos, and for now it seems that the two will be forced to be mechalel Shabbos against their will because of the smuggling.

The Chabad shaliach to Oslo, Rabbi Shaul Wilhelm, says in a conversation with BeChadrei Chareidim, that all those who have become entangled with the law in the past few months are asking him if they can stay at the Chabad House and pay as much as they can, but he does not agree. “They are breaking the law and I do not assist lawbreakers,” said Wilhelm.

Wilhelm says that “the boys and girls come here without the knowledge of their parents, they are arrested and expelled from the country, I am not willing to help them, they are making a terrible Chilul Hashem, and they will think that we are cooperating with them but I will not help them. They asked me to help not be deported on Shabbos, but the Norwegians are unwilling to hear from me anymore.”

“There is a plague of smuggling, young chareidim come here during bein hazmanim, not only on vacation, and smuggle illegal materials, and they know that it’s illegal. Where are their parents, chareidi girls are sitting in jail with gentiles, what is this?”

In addition to the expulsion on Shabbos Kedoshim, they girls are banned from entering 28 European nations of the EU for the next five years. “I won’t assist them” he adds.

“No one will get help in Norway if he comes to smuggle illegal materials, it’s a smuggling epidemic, and we’re not here to serve criminals,” he says. “Anyone who is caught will have to get himself home as they will not tread on Chabad here.”

Also, he turns to parents to notice where their children are walking around, and to make sure they are indeed sitting in Yeshiva/school, because many of them are flying away without the parents’ knowledge of the flight.