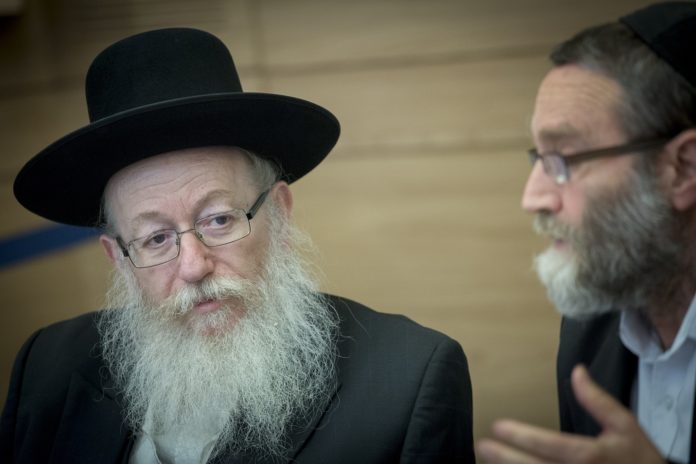 The coalition negotiations ahead of the next government continued in earnest, despite the expected delay in real progress with Yahadut Hatorah (YH), following the massive Chilul Shabbos surrounding the Eurovision Song Contest.

It has been reported that PM Netanyahu issued 30,000 work permits for Chilul Shabbos to accommodate Eurovision, as reported by YWN-Israel.

Kobi Nachshoni reported Monday that the chareidi parties are demanding that Prime Minister Netanyahu, in the framework of the coalition negotiations, reestablish a committee of rabbonim and professionals to discuss and decide on applications for permits to work on Shabbos. The committee will, of course, decide and grant a permit to work on Shabbos only in cases of pikuach nefesh, as permitted by the law.

According to the report, the committee will be composed of experts to implement halacha in modern life and its status – as demanded by the parties – will be regulated by the law as an advisory to the Minister of Labor & Social Affairs.

The YH faction hopes that the responsibility for the Ministry of Labor & Social Affairs will be entrusted to a deputy minister from the party.

According to Nachshoni, YH leads the demand for the establishment of the advisory committee, Shas joined it, as well as the heads of the United Right-Wing dati leumi party, which announced that they support the demand.

According to Yediot Achronot, Yaakov Litzman has met with rabbonim and experts in recent days in order to enlist them into the process and perhaps recruit them as members of the committee.