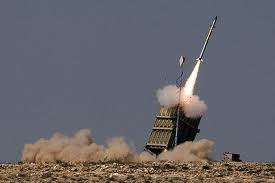 The IDF is not taking any chances and ahead of the beginning of the Eurovision Song Contest, an Iron Dome battery has been positioned in Gush Dan in the event Hamas resumes rocket fire into Israel.

The Iron Domes are deployed around the country, but today, the emphasis is on the Gush Dan area and southern Israel as the Eurovision competition kicks off on Tuesday, May 14, 2019, in Tel Aviv.

According to the report appearing in the daily Haaretz, IDF reservists have been activated to man the defense system and will remain during the international song competition hosted in Israel.

Haaretz reported that after the round of fighting that ended a week ago, IDF sources estimated that despite the ceasefire, elements of the Islamic Jihad terrorist organization, which receives orders from Iran and is not always subject to Hamas, may nevertheless attack the Eurovision Song Contest as its people may feel that they are not receiving their share of the Qatari funds being transferred to Gaza.