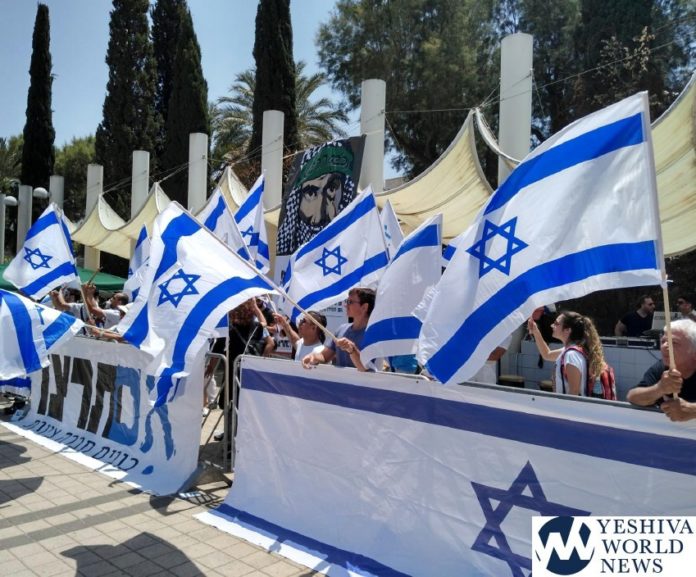 Dozens of pro-Israel activists held a “Nakba Day Party” at Tel-Aviv University across from the annual Nakba Day ceremony held by Arab and far-Left students at the university.

According to Im Tirtzu, the goal of the party was to celebrate the founding of Israel and to call out the “lies of the Nakba.”

Earlier this week, the annual Nakba Day ceremony at the university made headlines after Arab students hung flyers for the event on the university’s Holocaust memorial.

Additional Nakba Day ceremonies were held across Israel, including one in Jerusalem’s Hebrew University that was also met with a “Nakba Day Party” by Im Tirtzu activists.

Im Tirtzu CEO Matan Peleg called the Nakba an “obscene historical distortion” and said that its sole purpose is to undermine the existence of the State of Israel.

“If the Jewish community in Israel would’ve lost the war, the Holocaust would have been continued by Haj Amin al-Husseini and his anti-Semitic thugs,” explained Peleg.

“The fact that Israeli universities provide a platform for those who mourn the failed attempt to annihilate the Jews shows the backwards state of Israeli academia.”