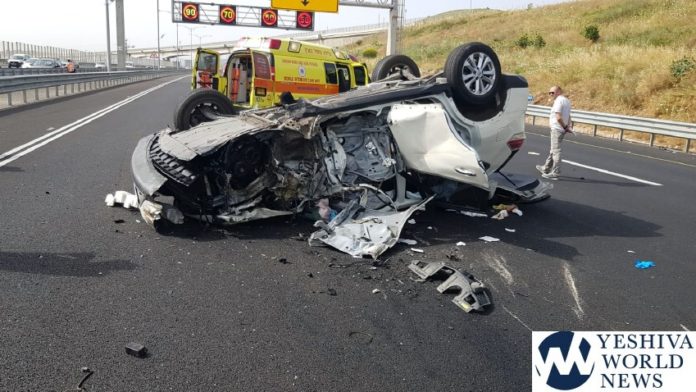 Two people were in serious condition following an accident while returning from Meron, Thursday morning.

The accident involved two private vehicles and a truck on Route 70 between Tishbi Junction South and the access road to Highway 6.

MDA and United Hatzalah EMTs and paramedics responded to the scene, transporting a total of five victims to Rambam Hospital in Haifa.

Among the injured, two victims were listed in serious condition, including a 2-year-old with abdominal injuries and a man in his 20s with head and thoracic injuries.

Three others were listed in moderate condition, including a man in his 30s with a head injury, a 27-year-old man with lower body injures and a 17-year-old female with abdominal and head injuries.

United Hatzalah EMT Zohar Ratzabi explains, “According to the victims of a car, they were returning from the tziyun of the Rashbi in Meron.”

Police have launched an investigation into the accident.

Names for Tehillim were not available. 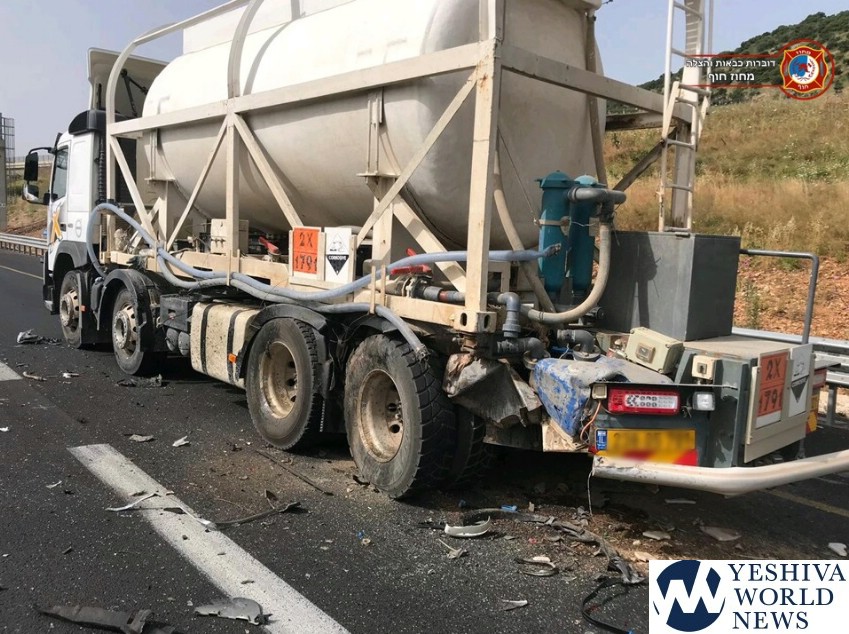