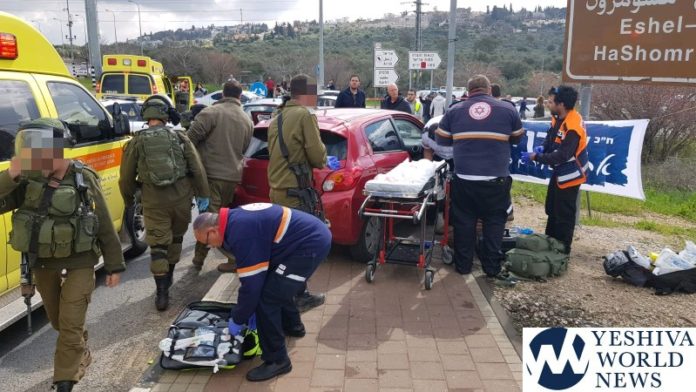 The findings of the investigation into the terror attacks at Ariel and Gitai Avisar Junction have been presented to IDF Chief of Staff Lt.-General Aviv Kochavi.

In the past few days, IDF Chief of Staff Lt.-General Aviv Kochavi was briefed on the joint terror attack on Ariel and the Gitai Avisar Junctions that took place on Sunday, March 17, 2019, in which Rabbi Achiad Ettinger HY”D and IDF First-Sgt. Gal Keidan HY”D were murdered.

Kochavi had words of praise for Keidan, who struggled against the terrorist before he was killed, as did Rabbi Ettinger, who prevented the terrorist from shooting at another citizen, leading to his own death.

The investigation revealed various operational failures relating to the operational discipline of the force, the actions that were lacking in preparing them for the mission, and the control of commanders. The chief of staff pointed to the fact that the force behaved poorly during the event itself and did not carry out what was expected of combat soldiers at the scene of such an attack.

Following this event and other events, a series of lessons were learned regarding the combat fitness and operational edge of the Yehuda & Shomron Division. In this context, it was decided that steps will be taken to improve the fighters’ professional and mental abilities, and further actions will be taken to improve the infrastructure in the area.

In addition, the operational and intelligence investigation of the pursuit of the terrorist was presented immediately after the attack. The Chief of Staff praised the bodies involved in the pursuit, in the framework of which lessons were learned from previous pursuits and expressed appreciation for the cooperation between organizations, as the security forces succeeded in locating the terrorist and taking him down.

After the investigation, the commander of the Gash Outpost, Brigadier-General Avi Gil, decided on a series of command steps. The division commander made a command note to the battalion commander and to the commander of the battery, who was discharged from service. He will also examine the nature of his service in the reserves. In addition, a number of soldiers involved in the incident were removed from combat units, as it was determined they did not act as expected from combatants at the scene of an attack.