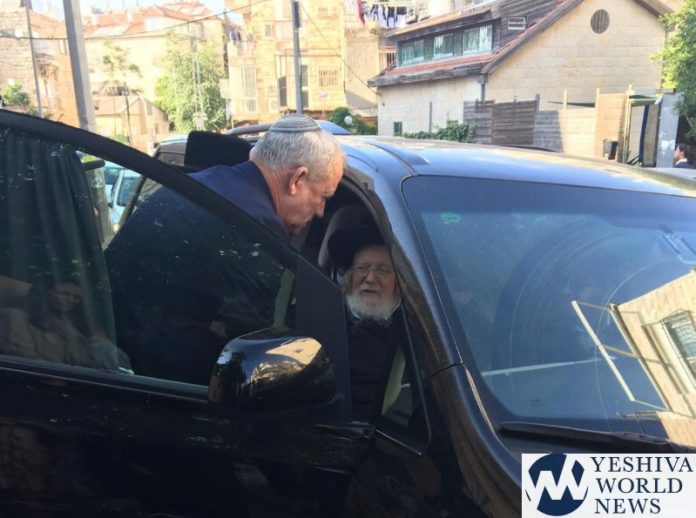 Leader of the Blue and White party Benny Gantz met with the Kretchnif Rebbe on Wednesday at the Shiva of Deputy Minister Meir Porush, who is sitting shiva for his brother Menachem Levi Porush Z”L.

The two arrived at the same time to pay their respects and sat next to one another. Among the topics that they poke about was Gantz’s family heritage, as both men have Hungarian roots. They also spoke shortly about MK Yair Lapid.

The Kretchnif Rebbe told Gantz: “Yair Lapid doesn’t have what you have, while he is also of Hungarian descent, he does not have your roots – roots from Maramaros is something completely different. The Vizhnitz Rebbe used to say that Jews, like those who come from Maramaros are hard to find. There they had faith. Not just the men, but even the simplistic women had faith. They believed in Tzaddikim in a way that was difficult to find anywhere else. Maramaros was a very special place.”

Gantz responded to the Admo and said “My partner’s (Lapid’s) parents were from Budapest and not from Maramaros, but I was taught by my parents, may their memory be blessed, to always look for the good in people and work with that – and there is something good.”

The Admor gave Gantz a bracha and said: “May Hashem bless you that you may be a messenger for the Jewish people.”

The Admor then gave a bracha to the Chareidi representative of the party, Omer Yankelovitz who asked the Admor for a bracha and said: “I ask that the Rebbe bless me that I may only do good things for the nation of Israel.”

The Rebbe responded and said: “May you so merit, Amen.” 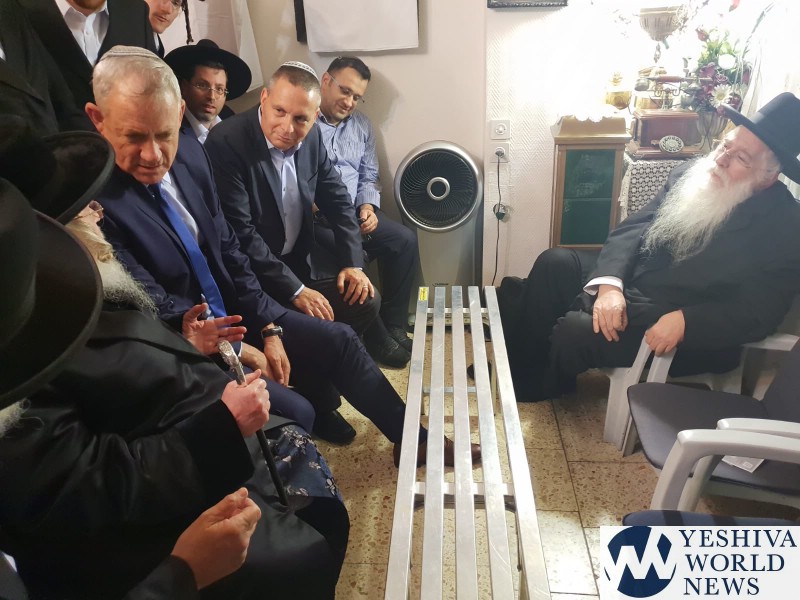