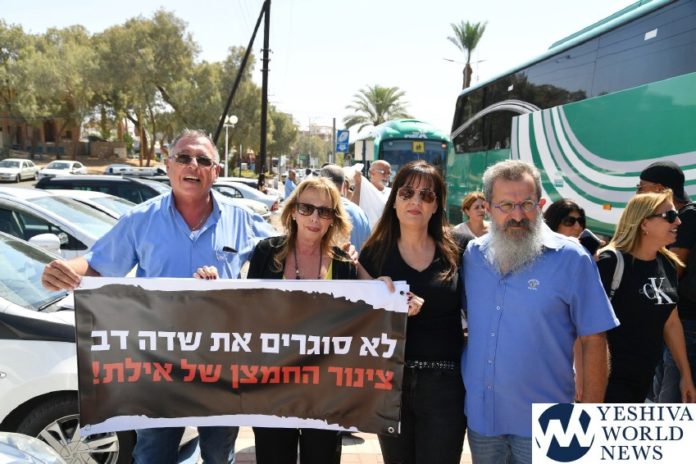 Ten buses left Eilat on Monday morning while five others came from another area to support the protest against the planned closure of the S’dei Dov Airpoirt. They traveled to Jerusalem and protested near the Prime Minister’s Residence on Balfour Street during the afternoon hours. Some of the protesters will maintain a vigil in a protest tent at the site when the protest ends.

Eilat Mayor Meir Yitzchak Halevi, along with the head of the Eilat Regional Council, Dr. Chanan Ginat, and other officials, including MKs, doctors and Eilat youths.

The city of Eilat demands that the airport remain open until the beginning of the construction work. In a meeting with the prime minister last Thursday, Eilat Mayor Meir Yitzhak Halevi explained that it is possible to move ahead with planning, which will last for at least two years and later on additional building, which will take several years, according to the Israel Lands Administration and the Tel Aviv Municipality’s combined plan until such time alternative solutions are found for the city of Eilat and its residents.

The Clalit HMO has turned to Prime Minister Binyamin Netanyahu and Health Minister Yaakov Litzman on the matter, explaining there will be a danger to the health of the residents of Eilat due to the unscheduled closure of S’dei Dov Airport. The letter from the kupat cholim (HMO) is attached. 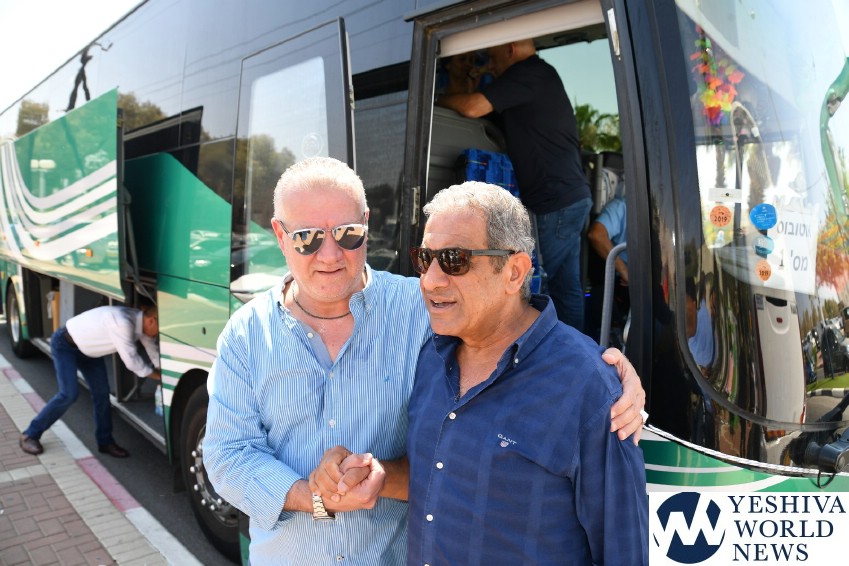 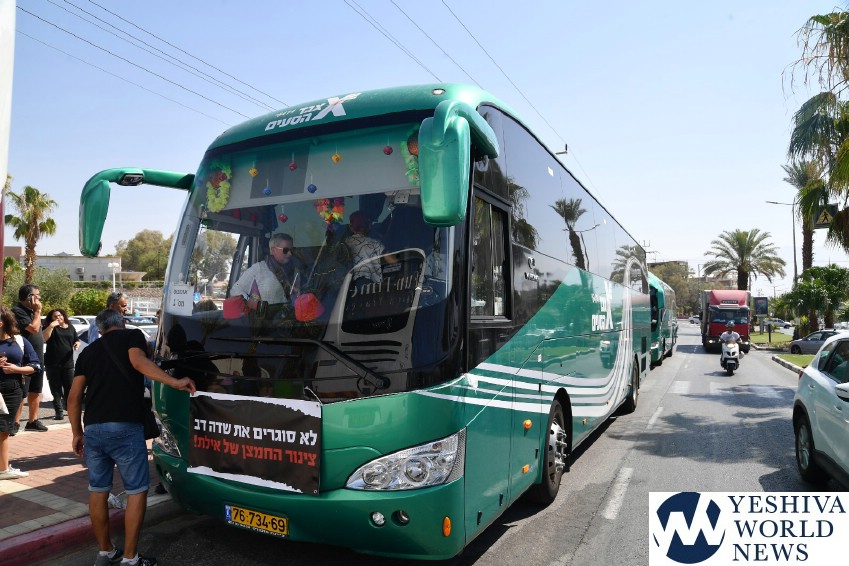 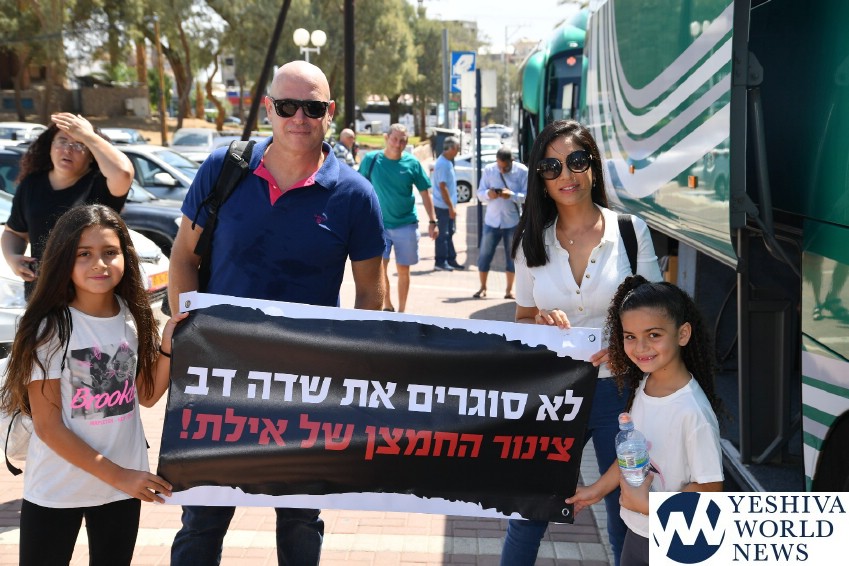 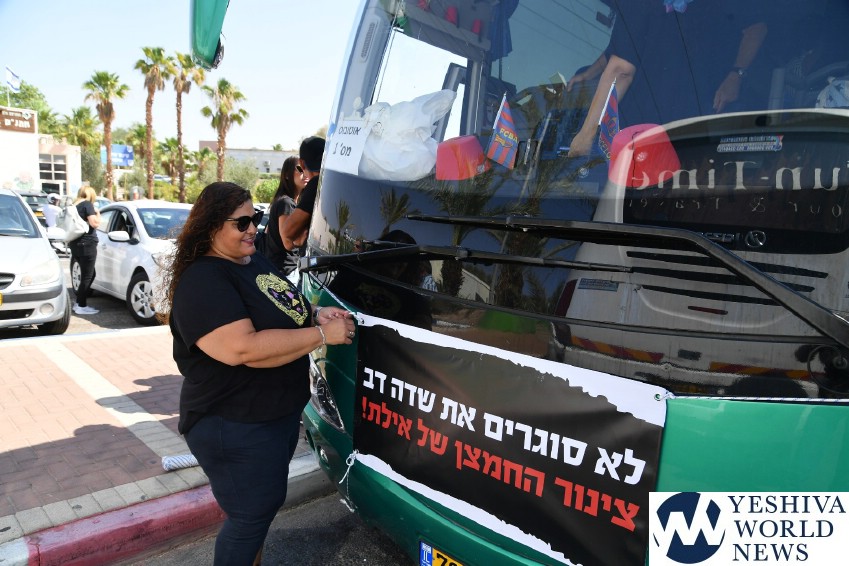 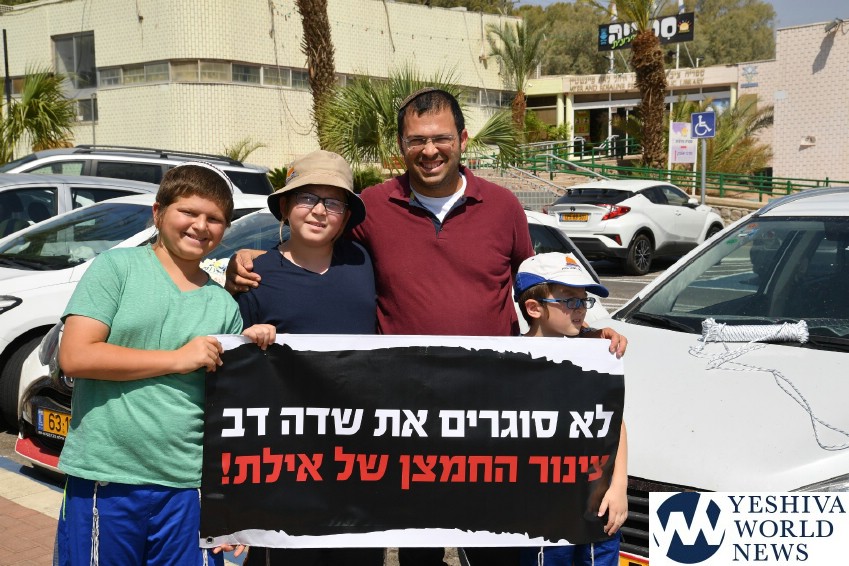 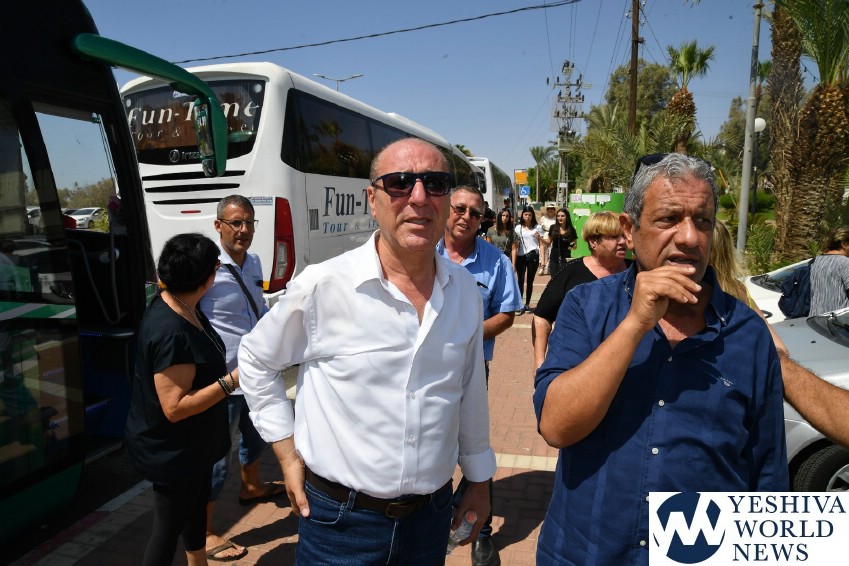