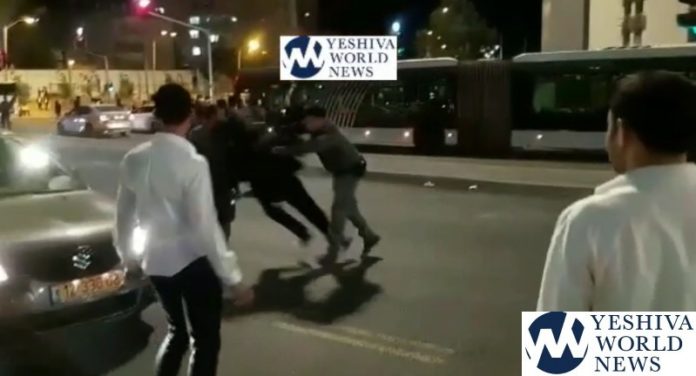 The YWN question of a double standard seems to have been answered.

At precisely the same time that Israeli police did absolutely nothing as Ethiopians in Israel wreaked havoc by destroying dozens of police cars and blocking traffic across the country, Israeli police were violently treating Yeshiva Bochrim affiliated with the Peleg Yerushalmi.

The attached video is just one example of police brutality.

YWN in no way condones the actions of anyone breaking the law and blocking traffic and inconveniencing hundreds of thousands of people. YWN is simply exposing the very obvious and disturbing double standard shown by Israeli police towards anyone wearing a Yarmulka.