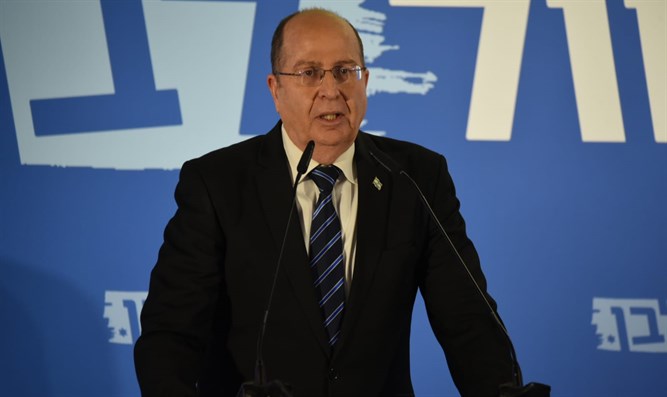 Criticism can be heard from Ehud Barak’s Democratic Israel party against the rotation agreement between the leaders of the Blue & White party, referring to the rotation of the premiership between Benny Gantz and Yair Lapid, Yoav Kirkovsky, who heads the KAN News political desk reported.

During a weekend interview with KAN News, Ya’alon told KAN11 News he is against Ehud Barak entering the political race, insisting the party will not pass the minimum electoral threshold and those lost will result in hurting the left-wing/centrist bloc in the election.

Ya’alon added that Yair Lapid would make a fine prime minister, and that the polls show that of late, Likud has dropped a number of seats; and while “Netanyahu is worried about himself; we have a plan because we care. The residents of the Haifa Bay area do not bore us. The residents of the Gaza border communities do not bore us. We come to give hope”.

Regarding the chareidim, Ya’alon added that “In the event we are building the next coalition government, the chareidim will find a way to enter a coalition headed by us. We are the rational center.”