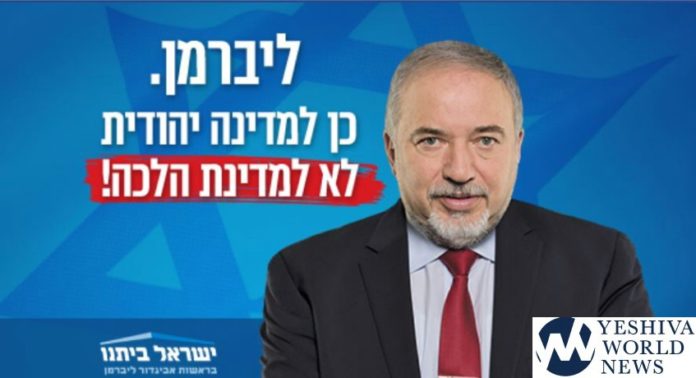 The Yisrael Beitenu party was compelled to pull its newest election campaign video, which it released on Sunday morning.

Once again, the party headed by Lieberman elicited the anger of the chareidi tzibur, as the video was a broad attack against everyone, as if no one is serving in the IDF or working. When Rav Elisha Levi saw the video, he warned the party to pull it immediately or face a lawsuit. The video was pulled.

The rav’s daughter wrote to the party, and on Facebook, explaining the video is a general attack on an entire population, in which there are many serving in the military and members of the workforce. She questions where he gets the nerve to generalize as the party does in this video, citing members of her family have served in the IDF, as do many chareidim.

Lieberman’s campaign is premised greatly on chareidi bashing, hoping this will earn him additional votes from the Russian voting community.