HaGaon HaRav Nachum Yavrov Z”L was niftar in Los Angeles on Sunday at the age of 64. He served as team head of the Sheiris Yisrael hashgacha’s shechita team. The rav was hospitalized in Los Angeles, fighting a difficult illness. Family members were at his bedside in the California hospital.

During his life, the niftar was involved in kashrus, and was known as a true expert in shechita, appointed as the team leader for Sheiris Yisrael shechita at ‘Ohf Yerushalayim’. He was a tremendous Talmid Chochom, and wrote many Seforim including “Divrei Sofrim” (18 volumes).

His wife is a daughter of HaGaon HaRav Avraham Kupshitz ZT”L, who was rav of the N’vei Tzvi neighborhood. 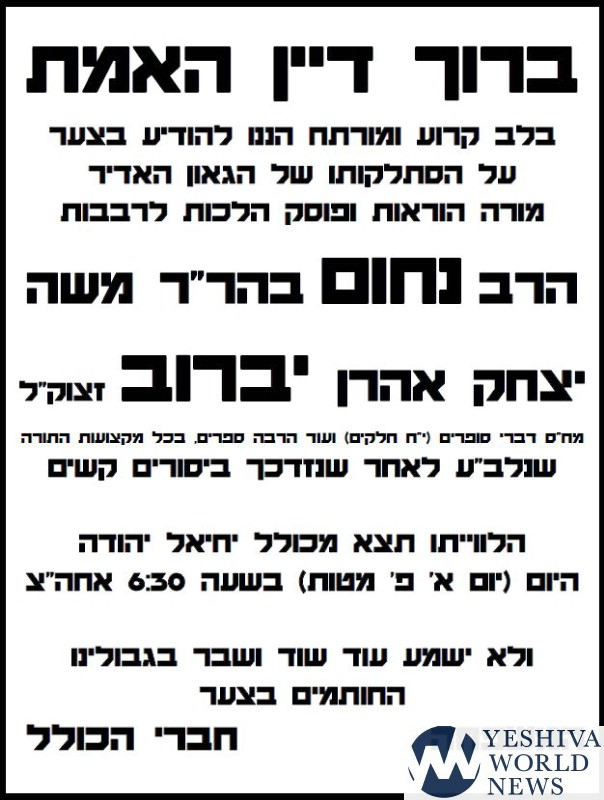