Close to candle lighting on Friday night, the fire department was summoned to the Petach Tikvah Great Synagogue after they received calls reporting smoke coming from the shul.

B”H, a man named Yechezkel Farkash passed by and smelled smoke. He began checking to determine the cause, and he entered the shul and saw the paroches of the Aron Kodesh was on fire.

Farkash quickly summoned the fire department, which arrived in a timely fashion, and extinguished the blaze. The paroches was burned but B’chasdei Hashem, the Sifrei Torah were undamaged.

Petach Tikvah Mayor Rami Greenberg arrived on the scene a short time later. His deputy, Oriel Busso said, “On Rosh Chodesh Av, during the days of mourning for the Beis Hamikdash being burned, may it be rebuilt speedily in our day, we are witness to an incident that is simply frightening. It appears that some elements within the Jewish people are embarrassed of being Jews and they wish to destroy that which is holy to us.

“Out tefilla is that the Third Beit Hamikdash should be build speedily in our days and simultaneously, it is out hope that police will apprehend the person(s) responsible for this”.

It is pointed out that in the last years, NIS millions have been spent to refurbish the shul to its original glory, as it was decades ago, and the first stage of the major project of the restoration has just been completed. 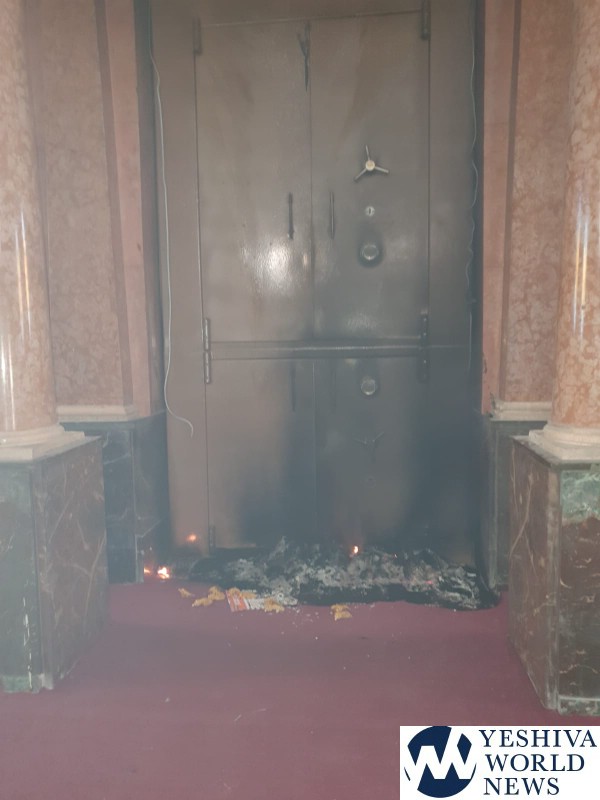 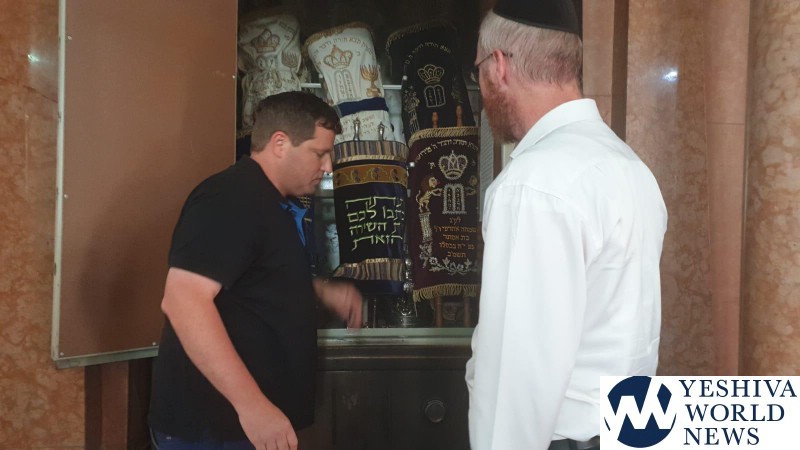