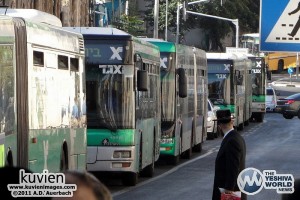 Egged has launched a campaign which according to many, is obviously aimed at the chareidi tzibur. A photo shows a Shabbos challah with wheels on it along with the caption that a bus ride and a challah in a grocery store have something in common. One must pay for them both. In another similar version, there is a can of soda with wheels on it, explaining one must pay for a bus ride as one pays for the drink.

The ad continues, explaining how Egged does its utmost to achieve customer satisfaction together with concerning itself with passenger safety. The text stresses that in line with Halacha and state law, one is required to pay for a ride on a bus when one boards.

Chareidim feel that while not saying so in so many words, the ad campaign is obviously directed at the chareidi tzibur and this is insulting, some going as far as calling the campaign “anti-Semitic.” 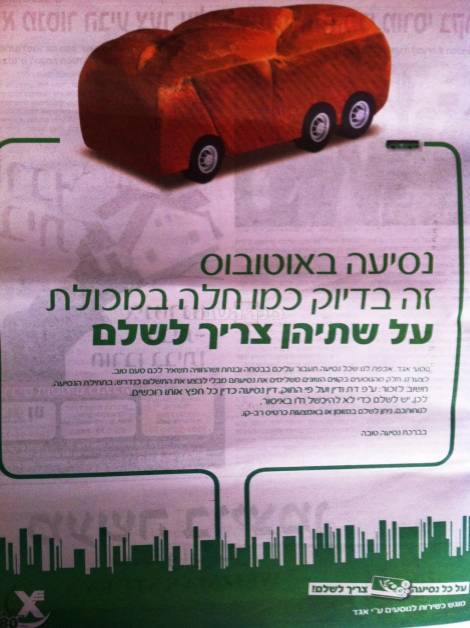