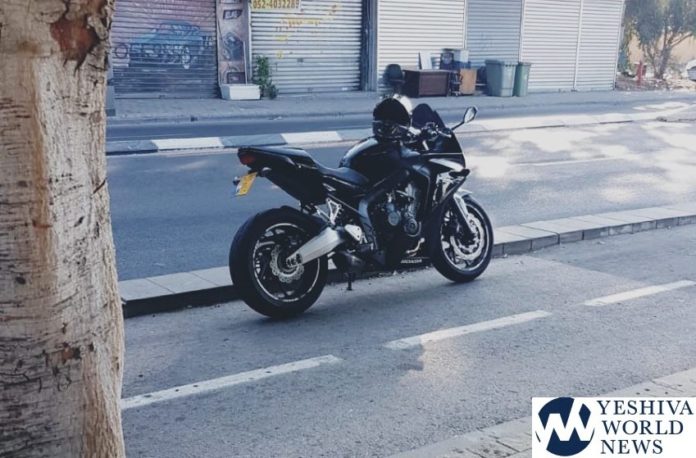 As part of Israel Police’s routine traffic enforcement, the driver of a motorcycle was apprehended “flying” on the road, driving 140 KPH (84 MPH) in a 50 KPH (30 MPH) zone.

Police apprehended a driver on a motorcycle on Ben-Tzvi Blvd. in Tel Aviv, traveling at almost three times the speed limit. The driver was immediately placed into police custody, telling them “I did not realize how fast I was traveling”.

The driver’s license was suspended on the spot for 30 days and he was taken for an expeditious court appearance.