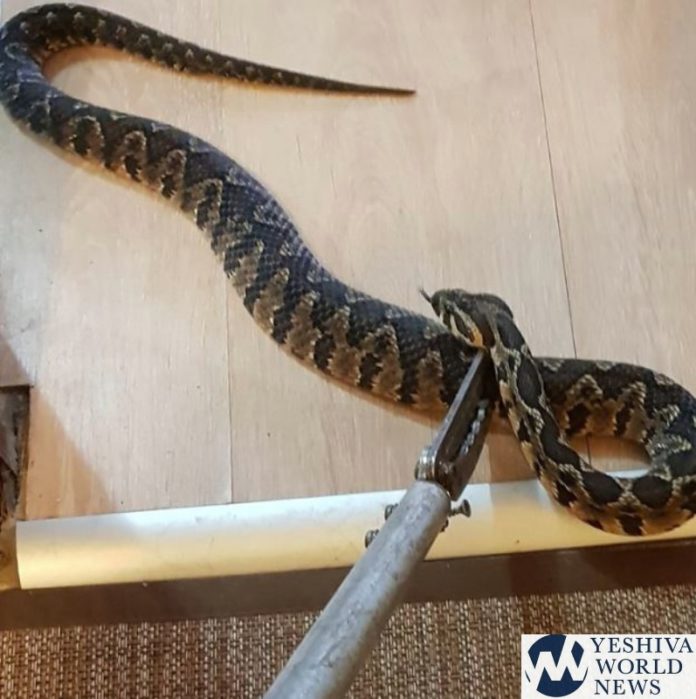 Israeli snake catcher Avi Bruchim received a routine call on Sunday from a family in Netanya with three small children to capture a “small green snake” from their ground floor apartment, according to a Kikar Shabbat report.

Bruchim, a licensed snake catcher who runs workshops on Israeli snakes, arrived at the family’s home and was shocked to discover an extremely dangerous, poisonous six-foot viper snake under the baby’s crib in the bedroom.

Bruchim told Kikar Shabbat that the mother initially thought that it was a leather wallet and reached out her hand to grab it. At that point, she saw that it was too long to be a wallet and realized it was a snake. She withdrew her hand and called Bruchim.

According to Bruchim, it was a miracle that the mother wasn’t bitten since snakes regard outstretched hands as aggressive and would normally try to protect itself by striking immediately.

Bruchim said that he gives the snakes he captures to the Nature and Parks Authority or releases them into nature according to the Authority’s instructions.