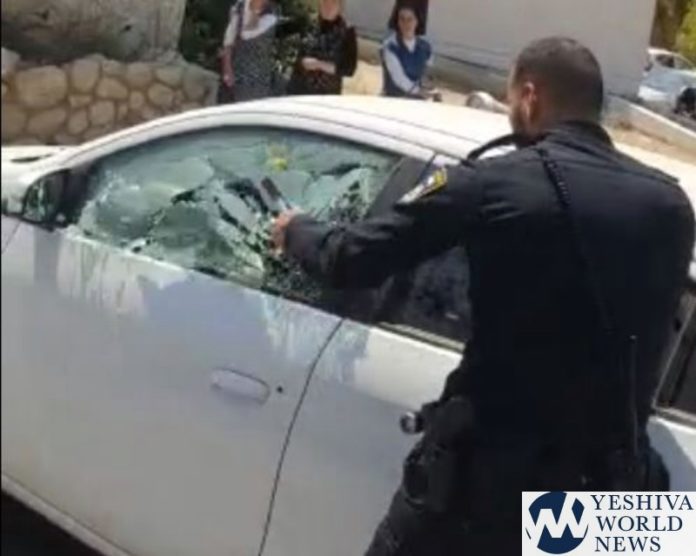 A policeman on Wednesday succeeded in smashing a parked car window to extricate a toddler locked inside.

This case occurred on Wednesday afternoon hours. Ofakim police received a call for a child locked in a parked vehicle on Ohr HaChaim Street in the chareidi area of the city. The toddler, who was taken out by a policeman, was B”H healthy and unharmed.

The child was playing with the remote and apparently locked himself in the vehicle. His mother tried to instruct him to push the correct button on the remote, but she was unsuccessful.

Police were called and one officer acted without hesitation, smashing the window with a hammer after smashing it with the stock of his pistol did not break the glass.