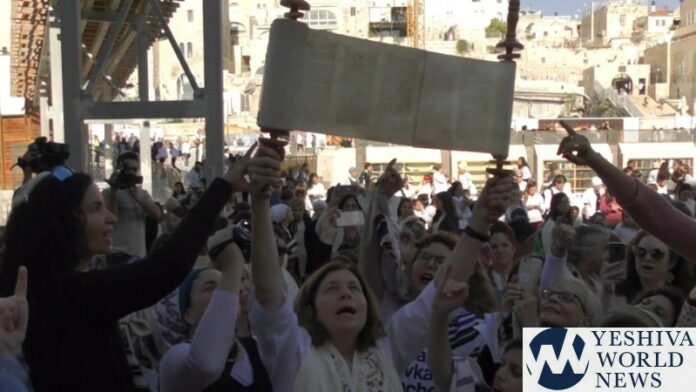 Chairman of the Blue & White party, MK Benny Gantz announced on Tuesday that if he serves as prime minister, he will push through the state committee’s recommendation for the Kosel, permitting egalitarian prayer. This is the plan being opposed by the chareidi parties upon instruction of Gedolei Yisrael Shlita.

During his address to the Board of Governors of the Jewish Agency for Israel, Gantz stated, “as prime minister, I will be in contact with all streams of Judaism and will promote the implementation of the Kosel Plan. I intend to work with all the relevant countries to ensure the security of Jews around the world.”

Gantz also touched on security matters, citing recent statements by IDF Chief of Staff Lt.-General Aviv Kochavi, who spoke of the Iranian threat and Tehran’s determination to build a nuclear bomb. Gantz added that just as he was able to prepare the IDF for its challenges, he remains well-aware of the strategic challenges faced today.” Gantz emphasized the diplomatic option as the first option, but remains cognizant of the military option, which would be on the table.”