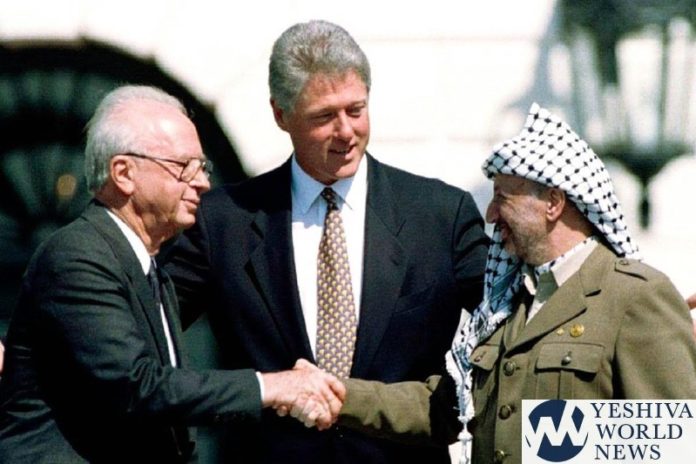 Transportation Minister (Bayit Yehudi) Betzalel Smotrich had harsh words for the memorial marking the 24th anniversary of the assassination of Prime Minister Yitzchak Rabin, citing the left-wing turned a memorial event into a left-wing political rally.

Speaking with Galei Tzahal (Army Radio) on Monday morning, Smotrich addressed the weekend Rabin memorial, which he referred to as “Rabin Festival”, leading to condemnation from political adversaries, who cited “A cabinet minister in Israel dares to call the Rabin memorial the ‘Rabin Festival'”.

Smotrich however was not on the defensive, but tweeted “Indeed, the ‘Rabin Festival’ has for years been a bonfire of the extinct leftist tribe, which has nothing to sell to Israeli society in the present and all it has left is the nostalgia for the dubious past of much hate for the right-wing. People who stole their country and can’t put up with it. Rabin is turning over in his grave for what they did to his memorial day”.

On Sunday, Prime Minister Binyamin Netanyahu spoke out against remarks made by a grandson of Rabin, Yonatan Ben-Artzi, who took advantage of the fact he was to address the event, using it to launch an attack against Netanyahu. “Unfortunately, this year too, there were those who took advantage of the Rabin memorial for a blatant and shameful political event as the rally in Rabin Square turned into a political rally of Blue & White”, the prime minster explained.

The prime minister then directed his remarks at the chairman of the Blue & White party, MK Benny Gantz: “My friend Benny Gantz. I would expect you to speak not only hatred, hate and hate, but unity, unity and unity. Many contacted us and said they would not attend after last year’s hate speech, but I came to think that Yitzchak Rabin was everyone’s prime minister. And after the political rally, there was a political memorial”.