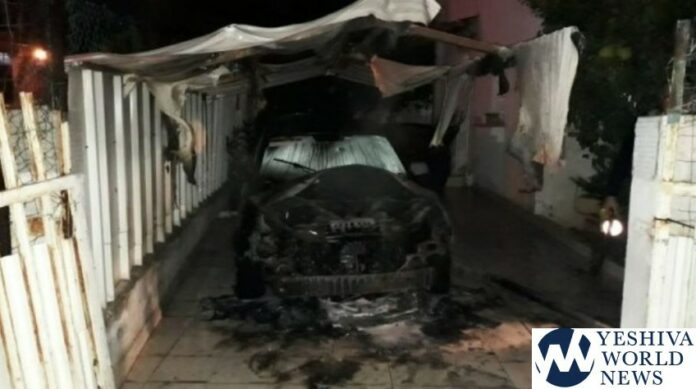 A vehicle belonging to the torani garin (pioneering group) in Ramle was targeted in an arson attack. This was the second such attack in as many days in which a family vehicle was set on fire.

A vehicle belonging to a Jewish family, a member of the dati leumi group trying to reclaim Ramle and revitalize its Jewish population, was set ablaze early Tuesday evening. The vehicle was a total loss as seen in the accompanying photo.

At present, there are about 50 families who are part of the pioneering effort to bring religious Jewish life to the city.