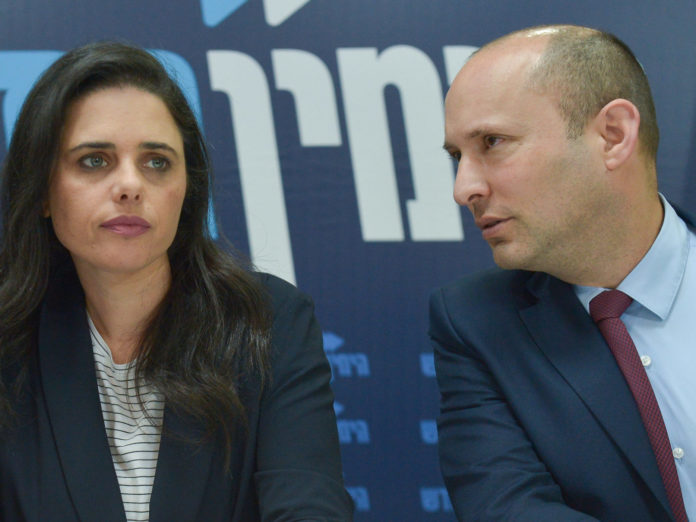 A large comprehensive poll shows that if primaries were held for a united religious right-wing list, Ayelet Shaked would be elected to the leadership position. Rabbi Rafi Peretz would be in the seventh place.

The poll was conducted by Masker that maps out the religious Zionist community, showing if the religious Zionist parties united, Rabbi Rafi Peretz, who stands at the helm of Bayit Yehudi, would only be in the seventh place. Naftali Bennet, who is in the second slot of the New Right party, and Ayelet Shaked, who leads New Right, would be in the leadership trio along with Transportation Minister Betzalel Smotrich.

In the poll, the respondents were asked to select five representatives from the united list. It is pointed out that the candidates were placed in changing random order for each respondent. According to the poll conducted by Dr. Ido Liberman, if primaries were held today for a united dati leumi list, the lineup would be as follows.

The sample representing the national religious sector in this survey contained 500 respondents, men and women 17 and over, selected from a group of 1,700 respondent. The survey was sent to a total of 5,900 persons, and it was closed 24 hours later.