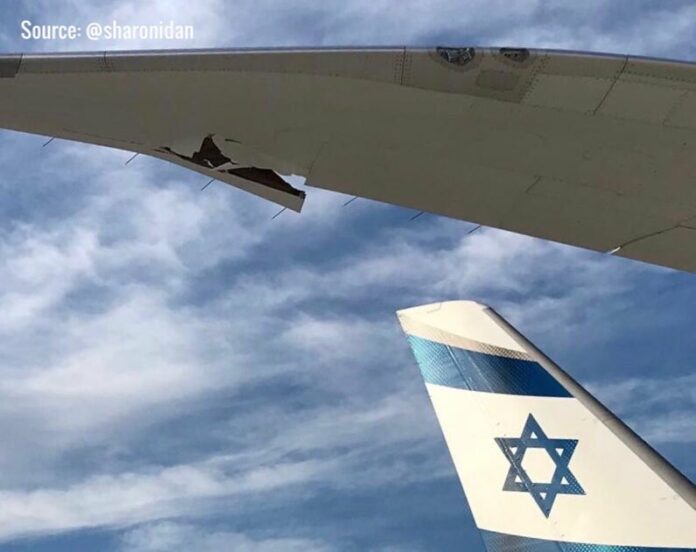 In Las Vegas, an El Al Boeing 787 Dreamliner sustained serious damage to its wing while it was being towed to a parking space on Friday.

During the towing it’s wing reportedly hit an electric pole.

The wing of the aircraft, a Boeing 787 Dreamliner, sustained significant damage.

Images of the plane showed a large hole in the wing.

INCIDENT El Al Boeing 787-9 Dreamliner 4X-EDH came into contact with a pole while being towed to a parking spot in Las Vegas. Tonight’s outbound flight #LY22 has been canceled. Significant damage to the wing. pic.twitter.com/IqOE9vFVaJ