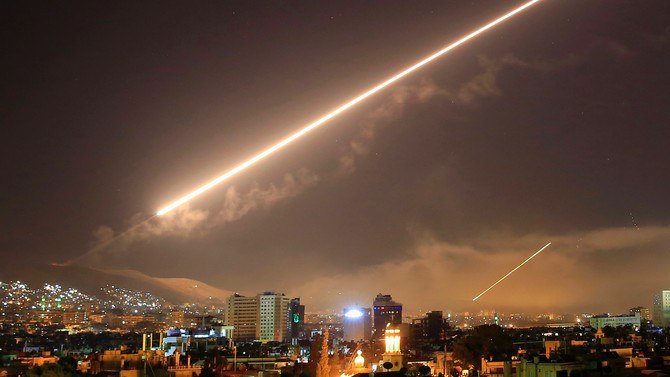 Official news reports from Syria report that on Sunday night at 11:00PM, Syrian anti-aircraft systems fired at missiles originating in Israel. The missiles were directed towards sites identified with the Syrian regime and Iranian militiamen.

Official Syrian media reports that missiles fell in the Aqraba area, southeast of Damascus – an area attacked by Israel in August towards thwarting armed drone strikes planned by Iran against Israel.

According to the Syrian Monitoring Center for Human Rights, at least three explosions were heard in Damascus and its suburbs, particularly in the a-Sayyid Zainab region, in the southern part of the capital (an area where there is a holy site for the Shiite community). According to the center for human rights report, the missiles fired by Israel were aimed at targets identified with the Syrian regime and Iranian militias in Damascus.

No injuries or damage were reported. Shortly before the attack, Lebanon reported on Israeli air raids in southern Lebanon and social networks were supposedly uploading proof showing missile launches from IAF aircraft flying over Lebanese airspace. An hour earlier, Syrian television reported an extensive drone strike that included the military airport in the city of Hama and Jabal and the Latvia province in western Syria.

Syrian anti-aircraft fired at the drones to intercept the attack, KAN11 News reported.

The Lebanese al-Akbar newspaper, which is aligned with Hezbollah, reported that according to sources in Syria, there were no fatalities in the latest Israeli attack during the night in Damascus, which resulted in damage only. The report added the intended targets were weapons storage facilities in the southern capital. The report added the attacks were in two waves, with the first including four missiles from the Lebanese shore towards Syrian airspace and the second involved missiles fired from the Golan Heights.