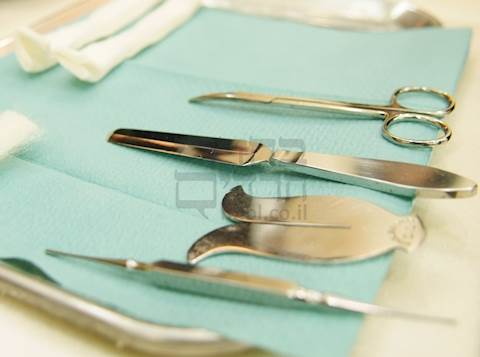 A bris was held on Sunday with medical staff present instead of family members, for the baby born to a mother diagnosed with the coronavirus last week.

The family, who are all currently in quarantine, watched the bris being held at Hadassah Ein Kerem Hospital on a live broadcast, Kikar H’Shabbos reported. The Rishon L’Tzion and Chief Rabbi of Jerusalem Rav Shlomo Amar was the sandak. The baby was aptly named Rafael Baruch.

Last week, a Telzstone woman who was in self-quarantine due to exposure to someone subsequently diagnosed with the coronavirus went into labor and was admitted to Hadassah Ein Kerem in Jerusalem. She was brought to the hospital by a special MDA team donned in protective clothing and masks and was taken to a separate building at a distance from the hospital’s labor department.

The woman was kept in isolation throughout except for two midwives who wore protective clothing. Following the birth, the baby was whisked away and placed in isolation and the mother was transferred to an isolation unit, accompanied by a midwife.

Later on Sunday, the test performed on the woman when she was admitted to the hospital showed that she was carrying the coronavirus.

The hospital staff shared pictures of the baby with the mother, 35.