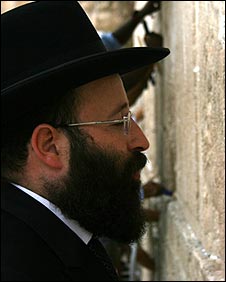 While secularists view the Kosel as a national treasure, an asset that belongs to “all Jews”, frum and non-frum alike, their representatives wish to enter into talks with Israel’s Chief Rabbi of Holy Site HaRav Shmuel Rabinowitz Shlita, hoping to arrive at an agreement that will accommodate their secular lifestyle at the Kosel.

The Rav told the secularists that perhaps he erred in some of his statements, “and if that is the case I am correcting myself. There will not be any negotiations regarding the Kosel”.

Jerusalem Councilwoman (Yerushalayim Party) Rachel Azarya is leading the battle against the ‘chareidiazation’ of the Kosel, and in addition to protests, she is attempting to enter into a dialogue with Rav Rabinowitz.

Azarya explains she is aware of the Kosel’s special status, and the need to maintain its religious character, but she and her supporters object to recent policy decisions made by R’ Rabinowitz, including the cancelation of a Jewish Agency ceremony at the Kosel in October because it was a mixed gender event and the extending of the mechitza to the upper promenade area.

R’ Rabinowitz is quoted as explaining that he may have erroneously indicated in the past that there is room for compromise, but he will not compromise on halacha and he will remain true to the current Jewish character of the Kosel, despite attacks from secularist and chareidim alike.