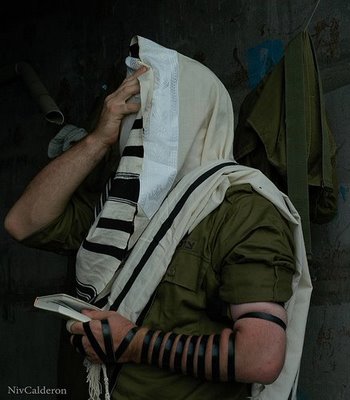 As has been reported in the past, officials in the IDF’s Logistics & Technology Branch are big supporters of the recent programs to bring chareidim into their ranks, pleased with the highly motivated inductees who continue to exhibit a desire to maintain a standard of excellence. New advertisements are urging members of the military from the chareidi community are encouraged to bring a friend, to introduce him to the opportunities offered by the IDF today.

Forty new chareidi recruits joined the ranks of the military in the beginning of January and after a very brief basic training period; they are now being assigned to their units, all part of the specially crafted programs to comply with their lifestyle, permitting adequate for davening, learning and kashrut on a mehadrin standard with appropriate hechsherim.

The IDF has come a long way, and is finally realizing that permitting chareidi inductees to serve in a suitable atmosphere will result in positive change that is a win win situation. The soldiers are permitted to exist in a military environment that is in line with their lifestyle and the IDF benefits from manpower eager to perform and excel.

One of the chareidi soldiers, Avi Ben-Ezra, tells his story on the IDF website, explaining he was a yeshiva bachur when he received an invitation to attend a kenos explaining the project. After learning of the particulars, he suddenly realized the IDF program was indeed a viable option, one that could be advantageous, giving to his country while learning a skill, a trade that will permit him to earn a livelihood after three years of service.

To date, the feedback from both sides remains overwhelmingly positive and it appears the numbers of chareidim genuinely interested in serving in the IDF, in the program that accommodates a chareidi lifestyle, continues to grow.