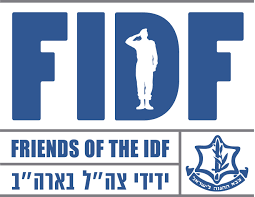 More than 1,200 supporters and guests from across the country will gather Tuesday, 16 Adar (March 14), for the annual Friends of the Israel Defense Forces (FIDF) National New York Gala Dinner at the New York Hilton Midtown in Manhattan. FIDF National President Peter Weintraub will chair the gala, which will salute the brave soldiers of the IDF.

The “Night of Heroes” will celebrate the courageous Israeli aviators, navy soldiers, ground troops, and special forces who participate in Israel’s wars and special operations. The evening will also feature a special commemoration of the 50th anniversary of the Six-Day War.