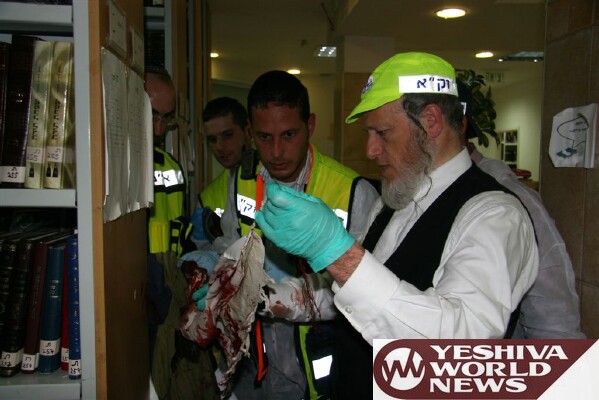 On Thursday afternoon 28 Shevat at 5:00PM, persons will gather in Jerusalem’s Merkaz HaRav Yeshiva to mark nine years since the terror attack that claimed the lives of eight kedoshim HY”D.

On March 6, 2008, an Arab terrorist entered the yeshiva building and murdered eight talmidim.

The memorial event will be addressed by roshei yeshiva and rabbonim. 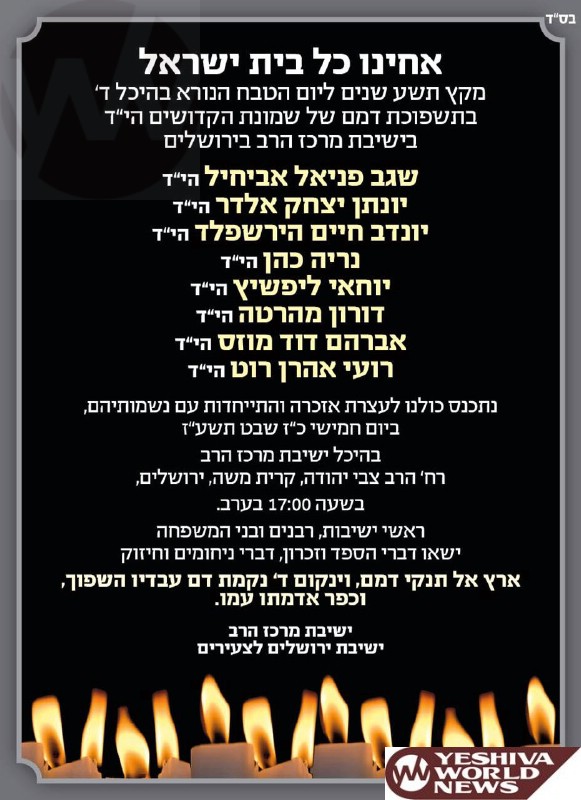