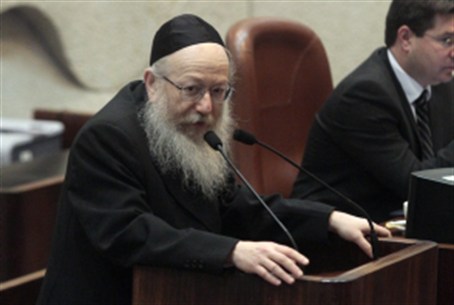 Protestors were outside the home of Health Minister Yaakov Litzman on Tuesday morning 9 Adar.

Due to the crisis in Hadassah Ein Kerem Hospital over the resignation of doctors from the pediatric oncology-hematology department, Litzman has appointed Kobi Amsellem to act as a go-between, hoping to create a bridge between doctors and management.

Protests carried signs that the children cannot be abandoned, concerned with the future of the unit after its director and five other senior doctors submitted resignations, which are effective as of June 1, 2017.

Litzman informed Hadassah Director Prof. Ze’ev Rothstein as well as the head of the department, Dr. Miki Weintraub that Amsellem has been brought in to jumpstart negotiations vis-à-vis the unit and the doctors who resigned.