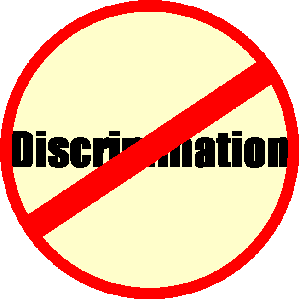 Rabbi Yitzchak Meir Bar-Lev, the rav of Emanuel, spoke with the weekly BaKehilla newspaper regarding the ongoing conflict surrounding the city’s Beis Yaakov and alleged discrimination, and the recent Supreme Court ruling levying a NIS 5,000 daily fine on Chinuch Atzmai.

BaKehilla: In recent months, the media has expressed a growing interest in the unprecedented concern and involvement of the system regarding the Beis Yaakov School from a legal perspective. How do we view the events from a Torah perspective? Hasn’t there been a great chilul Hashem?

Rav Bar-Lev: Gedolei yisrael have instructed us exactly how to act. We did nothing on our own. We did not act out of concern for our own dignity, but for “kovod beis Abba” and to result in a Kiddush Hashem and preserve the educational standards of our daughters.

BaKehilla: Do you have a daughter attending the school?
Rav: Yes

BaKehilla: Have you been summoned to appear before a court?
Rav: I am not directly involved in the summonses but I am certain that we will act exactly as instructed by gedolei hador. This is no longer a question that pertains only to Emanuel. This is now a global issue and we are acting as such, for the betterment of klal yisrael.

BaKehilla: Did you expect this to grow to such major proportions?
Rav: When matters get out of hand as they did, there is a major chilul Hashem which is the direct result of distancing ourselves from a beis din and halacha. Anything can happen but the moment I saw they turned to the system, I prepared myself for the worst scenario.

BaKehilla: Will the rav instruct his followers to go to prison if need be?
Rav: We will all follow the instructions of the Slonimer Rebbe Shlita which includes going to jail if need be.

BaKehilla: How do you explain what occurred here? Weren’t there attempts to reach an understanding?
Rav: This entire matter did not have to evolve as it did. Everything was done by agreement. Even prior to implementing the separation, we spoke with HaGaon HaRav Badani Shlita, who explained this must be done. We decided prior to the implementation that any disagreements would be brought before R’ Badani to render a decision. Therefore, all questions, inquiries and complaints should have been directed to the rav. The rav also released a letter prohibiting anyone from speaking with the media or taking the matter to the High Court, explaining that this entire matter must be addressed internally and by a beis din if need be.

I will give an example which shows just how much the leaders of the Sephardi community do not endorse what is going on. Shas wished to bring the matter before the Knesset Education Committee. I turned to Rav Pinchasi (Shas secretary) and showed him the documents, including the agreement that all matters would be adjudicated by R’ Badani. They matter was removed from the committee agenda. Shas did not involve itself in the entire matter, which is the result of the actions of Yoav Lalum.

BaKehilla: We hear that Lalum in funded by those interested in destroying yiddishkeit. Do you feel this statement is true?
Rav: The Emanuel case has gone out of proportion. The matter has been publicized around the world, even in China and Japan. This seems to indicate someone has an interest in the matter – which addresses two things despised by the New Israel Fund, “settlers and chareidim”.

Each one is sufficient to compel them to invest their money. There are many signs pointing in this direction, that the non-profit and others who hate religion are using money and influence to wage the battle”.