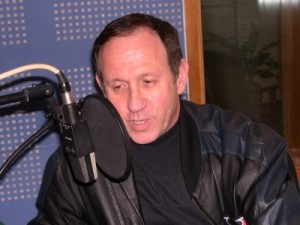 A number of rabbonim turned to Knesset Speaker Reuven Rivlin requesting an urgent plenum discussion regarding the vehemently anti-chareidi and anti-settler remarks made last week by radio host Gabi Gazit. Rabbonim who signed the letter include HaGaon HaRav Dov Lior Shlita, HaRav Yaakov Yosef, HaRav Shalom Dov Wolpe and HaRav David Druckman. The letter was prompted by the Knesset decision to turn down a request for such a plenum session made by MK (Yahadut HaTorah) Menachem Eliezer Moses.

The letter addressed the unacceptable adjectives used by Gazit to express his utter disdain and disgust with chareidim, including “leeches” and “parasites”. They questioned how the host of Nonstop Radio may be permitted to use the airwaves to launch the scathing racist attack against entire segments of society without a response. They warn that his words were not just an attack against settlers and chareidim, but a threat to the democratic society in which Jews live side-by-side in the same country.

The rabbis added that if such words would have been used against the Israeli Arab community, condemnations would have already been heard from the president and heads of state around the world. They stressed the need to respond appropriately to prevent using the airwaves to launch verbal assaults against entire segments of society.