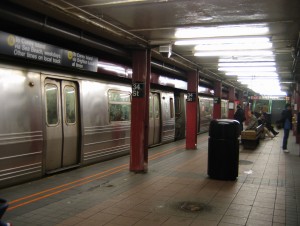 A Queens woman who allegedly pushed a 46-year-old man to his death on a New York City subway track was found “fit to stand trial” on Monday, but is expected to argue that she was “mentally ill at the time” of crime, her attorney said.

Erika Menendez, 31 years old, who has a history of mental illness, is expected to argue that while a court-ordered psychiatric exam found that she understands the charges against her, she was not mentally well when she allegedly pushed Sunando Sen in the path of an oncoming No. 7 train at the 40th Street-Lowery Street station in Sunnyside, Queens, last month.

“Her position is that she was mentally ill at the time,” said criminal defense attorney Joseph DeFelice, one of two attorneys who represented Menendez during a hearing Monday in Queens Criminal Court.

Attorney Steven Raiser, who was retained by Menendez’s family, also appeared on her behalf. A later hearing will determined who will represent her at trial.