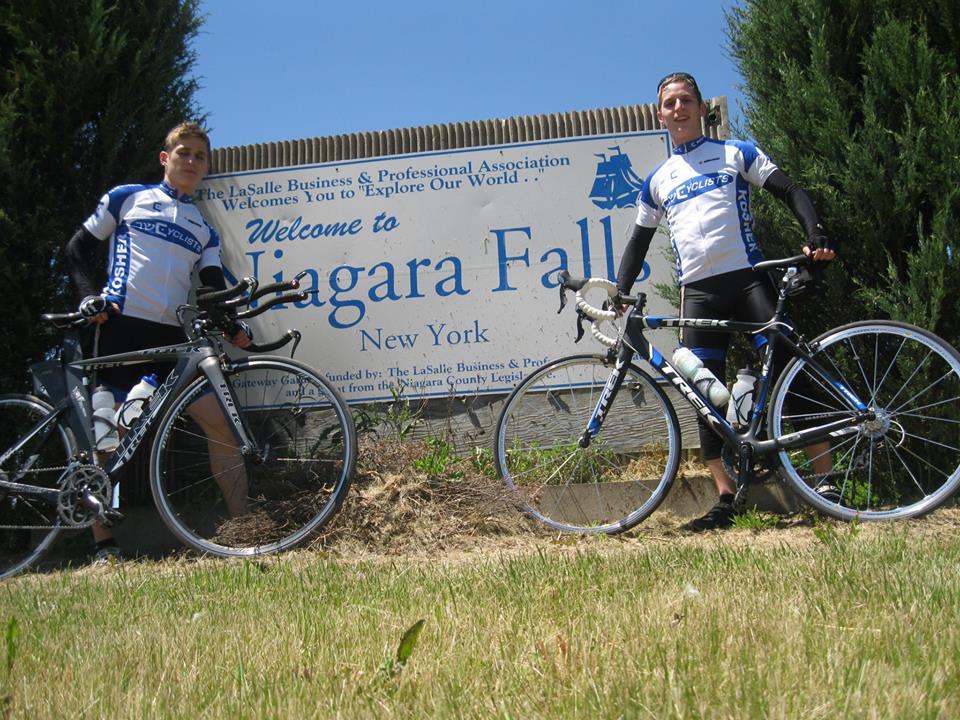 It took the Bressler brothers, Yaakov and Moshe, 5 days, 4 stops, 3 flats, 2 roads, and 1 state to complete 504 miles of bicycle riding from Buffalo to Brooklyn, New York.

The co-founders of Kosher Cyclists were looking simply for adventure, and they found it by powerkicking (the new planking) over 13,943 feet of mountain elevations across The Empire State.

They did it old school too, by not using technology to find their way home, to eateries along the way, to synagogues for their daily prayers, and to their previously arranged houseguests for their overnight stays. They used good old fashioned foldable paper maps (remember those?).

The course was essentially simple: follow the Erie Canal to Albany, then the Hudson River all the way to NYC.

It wasn’t all fun and games though, as they were bashed around by harsh winds, pounding rain, and searing heat for a good portion of the way, but for the Bressler twins there is no such thing as giving up.

If they had to pull over for shelter, they did, but they didn’t just pull over for safety. They took in the scenery and availed themselves to several breaks, stopping for photo ops with law enforcement, interestingly named funeral homes (“Sweets”!), mansions, vistas and a pizza shop where they split a pie, and were still hungry for more.

“We saw the most beautiful parts of New York.” says Yaakov. “We saw some illusions too. At some points, we could not tell the difference between clouds and mountains.”

They traveled responsibly (no riding after dark), lightly (they shared tefillin), religiously (tzitzis out was the dictum), and goal-mindedly (they exceeded 40 MPH daily).

They were always friendly (stopping in at chicken farms seemed to become a habit over the five days), sometimes lonely (sometimes going for dozens of miles without seeing another human or car), and perpetually hungry (they ate food from wrappers pretty much the whole way).

They had to compromise too, giving in to the elements and erring on the side of caution when the situation demanded they slow down (they wanted to average 19.5 MPH; they could only do 14) or pull over (this paragraph is for their parents). 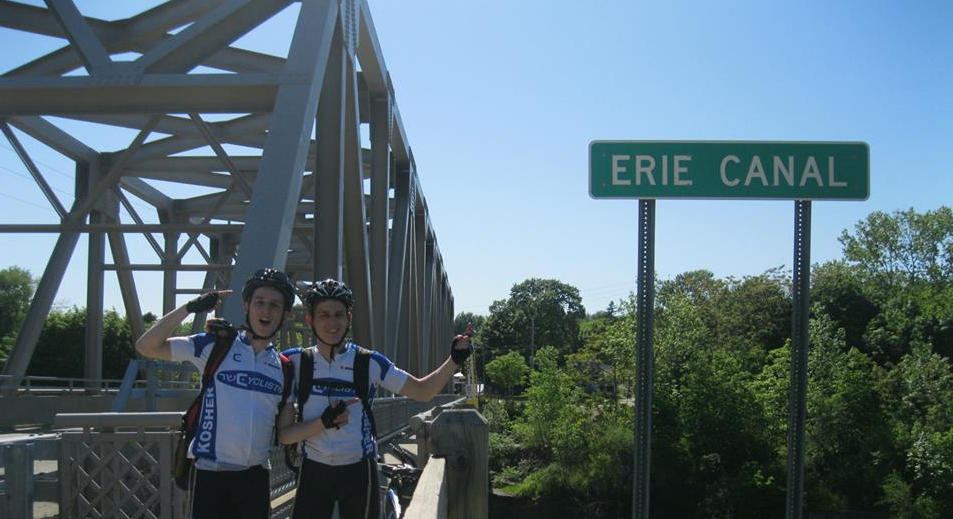 The favorite part? Unanimous: not Niagara Falls, because that was too cliché, instead, it was the Erie Canal bridge they crossed, a marker that proved to them that they were going in the right direction. Sometimes it’s the little things.

The most gratifying part? The hosts who took the boys in every night of their journey, offering food, comfortable beds, shelter, and respite.

The most hyper part? Stopping in at a farm in Syracuse, buying kosher maple syrup, and drinking it straight out of the bottle.

There was never any quit in them, ever, but they didn’t sign up for the bad weather.

“We beat the suffering because of our super-positive attitude.” says Moshe. “If we were down, we wouldn’t have finished.”

Added Yaakov: “We’ll have a talk with G-d about the weather for next year.”

Martin is the author of several books, which you can find on lulu.com and amazon.com. His book about the JRunners 200k relay (in which Yaakov is a superstar and won MVP last year) is coming soon.