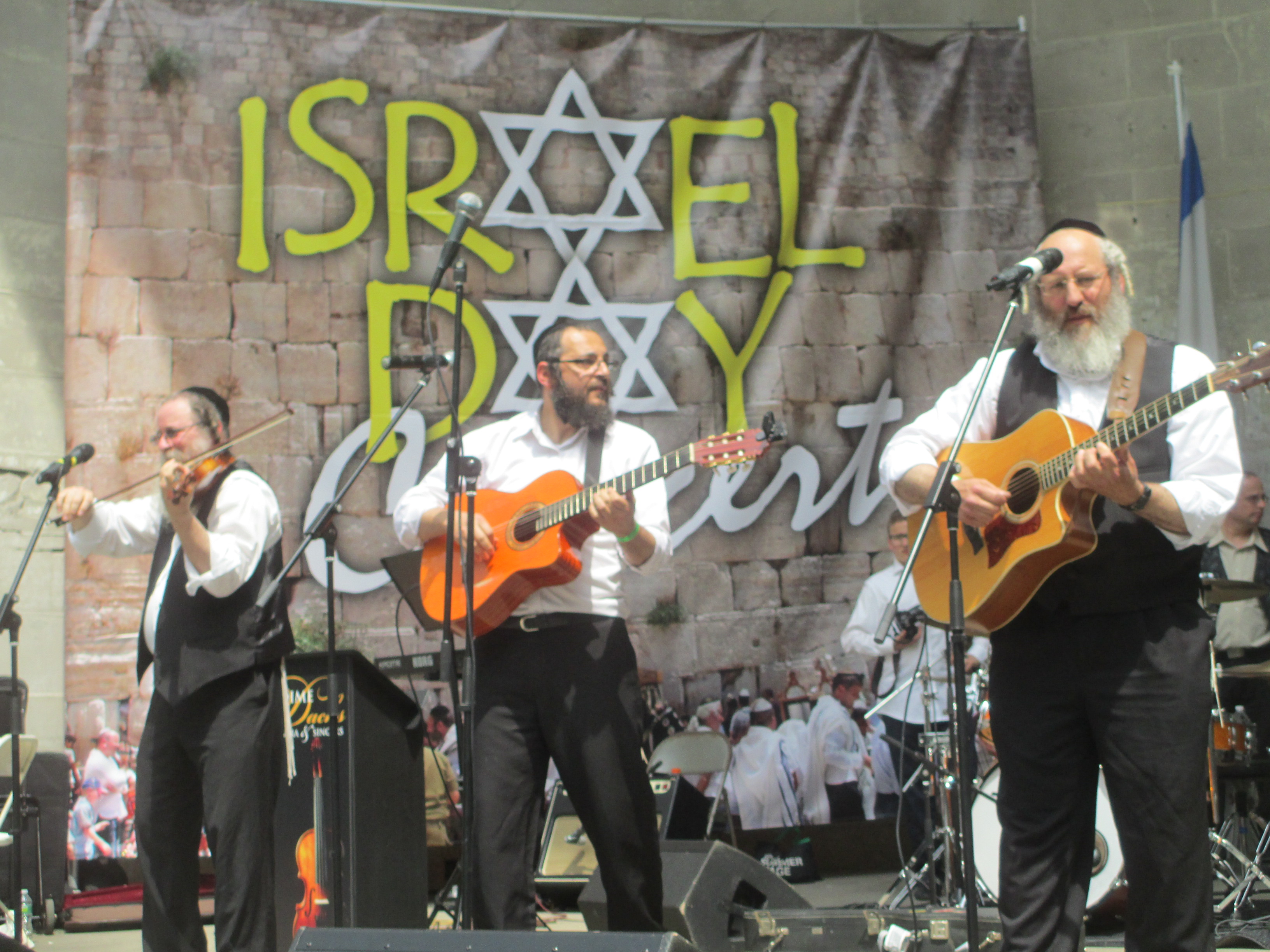 Music fans of all ages and walks of life came together on Sunday, June 2 for a star-studded celebration of the special U.S.-Israel relationship. The 20th Annual Israel Day Concert was by far the biggest yet, with thousands coming to hear some of hottest musical acts in the Jewish world. Dubbed “the concert with a message” by its organizers, the gathering, which was free and open to the public, also featured presentations by prominent American and Israeli leaders including media personality and former U.N. ambassador John Bolton, and Israeli Deputy Defense Minister and Knesset Member Danny Danon.

The concert, which paid tribute to the memories of Carl Freyer—one of the event’s original founders—and Dr. Manfred Lehman (z”l), was organized by Dr. Joseph Frager, with Dr. Paul & Mrs. Drora Brody serving as the Concert’s chairpersons. Sponsoring the event was the Israel Concert-in-the-Park Committee in association with Young Israel Chovevei Zion, with catering by the ever-popular Mendy’s Kosher Delicatessen. Special thanks were also given by Brody and Frager to the National Council of Young Israel—and in particular the organization’s Chief Operating Officer Chaim Leibtag—for their assistance. The program began just as the Annual Israel Day Parade (a separate event sponsored by New York’s Jewish Community Relations Council) was drawing to a close, with many of the parade’s participants ultimately finding their way to the concert. The Concert showcased a veritable who’s who of Jewish entertainers. Lending their star power to the event were headliners Lipa Schmeltzer and Edon Pinchot. The many opening acts preceding them, however, were celebrities in the own right. Brought together by Musical Director Zvika Bornstein, these included popular Israeli Chassidic-Folk trio Simply Tsfat; 2012 Jewish Star International Music Contest Winners Dovid Moskovits (of Queens, NY) and Choni Goldman (coming all the way from Johannesburg, South Africa); Dr. Meyer Abittan—a cardiologist who, fittingly, touched people’s hearts with his moving rendition of the theme from Exodus–“This Land is MINE, G-d Gave This Land To ME!”; Jerry Markovitz; the Shloime Dachs Orchestra & Singers; Chaim Kiss; Izzy Kieffer & Heshy R (who delighted with a musical homage to Reb Shlomo Carlebach); and rising music star Elron Zabatani. Zabatani, a resident of Jerusalem’s Old City and an alumnus of the Ateret Cohanim Yeshiva (who has also worked as a tour guide and medic), was to be accompanied by piano phenom Shlomi Aharoni. Unfortunately, Aharoni, who helped Zabatani prepare for his performance, was unable to attend due to a recent automobile accident.

Staying true to the concert’s theme, the entertainment was interspersed with impassioned speeches by top Israeli and pro-Israel leaders. The Israel Day Concert, declared Dr. Frager, is unique by virtue of its “significant message.” 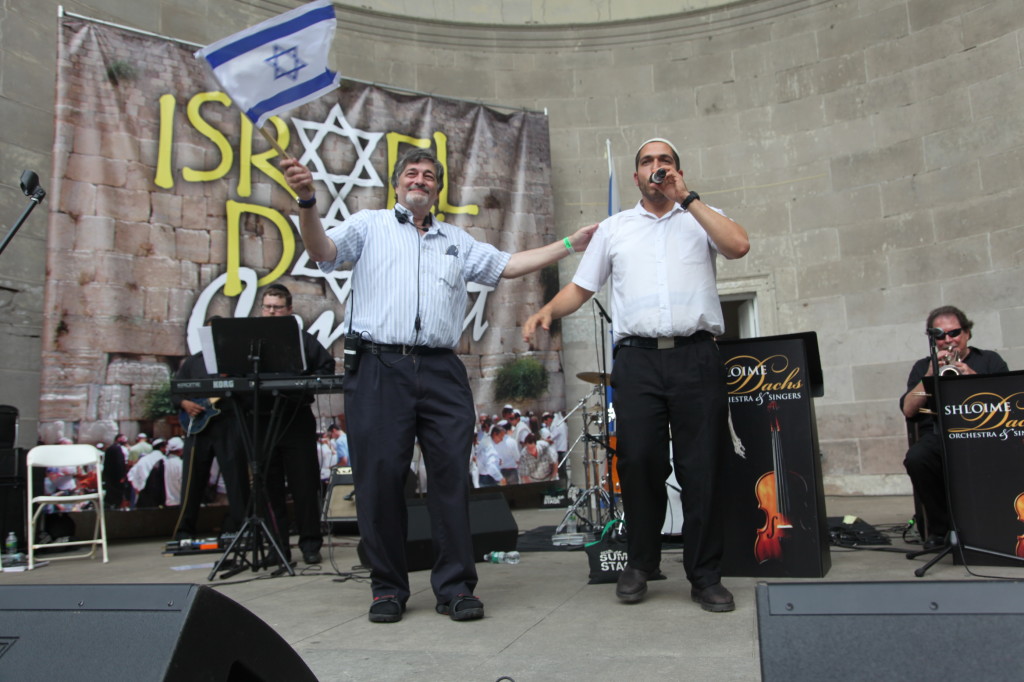 “That message is, of course, one of unity. And the unity we’re speaking of is the unity of Yerushalayim [Jerusalem], and of course the unity of all of Eretz Yisrael [the Land of Israel].”

Dr. Brody would later echo that sentiment, explaining that “The main purpose of the Concert is to show the world, from Washington to Jerusalem, that we are not prepared to give up any land, and we believe in Eretz Yisrael hashleima[a whole, undivided Israel], and Jerusalem … will stay reunited forever.”
Following Dr. Frager’s introductory remarks, the concert began in earnest with the performance of the Hatikva (Israel’s national anthem) by Izzy Kiefer, and The Star-Spangled Banner, led by Shloime Dachs and his Orchestra.
Many well-known media figures attended or actively participated in the day’s festivities, including radio broadcasters Nachum Segal (who served as the concert’s MC), and Zev Brenner. Speaking with this reporter, Mr. Brenner discussed the concert in his usual eloquent fashion. “It’s an important day for Jews to show solidarity with Israel,” explained Brenner. “The concert is a unique institution which shows solidarity with Jews—especially in Yehudah & Shomron [Judea & Samaria]–and it’s good to see people gather in song, all unified, because that’s the reality. At the end of the day, we’re all together. So it’s nice to see people from all different backgrounds, unified. We need to see more people coming out for the parade and for the concert.”
“It’s a great day to be Jewish in New York,” he added.
“Only Joe Frager could pull something like this off,” said Langfan, “G-d bless him.”
Making the Israel Day Concert all the more unique, community leaders and politicians rubbed elbows with musical celebrities and prominent rabbis, creating a happy, if unlikely, mix. Among that last group were such luminaries as Rabbi Gershon Tannenbaum, Director of the Iggud HaRabbanim, and Rabbi David Algaze of the International Committee for the Land of Israel. Tannenbaum discussed the miraculous victories of Israel in the face of repeated attempts of genocide leveled against them, and how this can serve to bolster one’s faith. Rabbi Algaze offered a more politicized address, speaking of the futility of forcing Israel into a peace process with a group that is bent upon its annihilation. He emphasized both the responsibility of Jews worldwide to support Israel as well as Israel’s raison d’être being to defend the entire Jewish people. “We say ‘Am Yisrael chai,’” thundered Rabbi Algaze, that Israel will endure “because of the love that we have for the Land of Israel, and because of the support of the Land of Israel for all the Jewish people. Am Yisrael chai!” 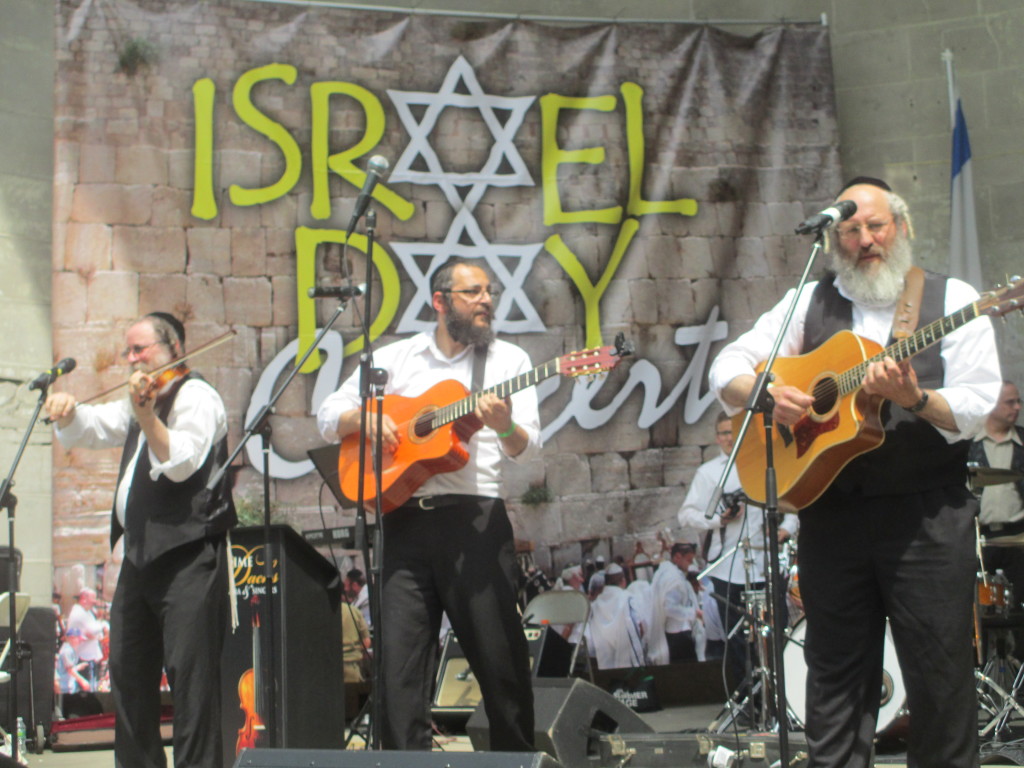