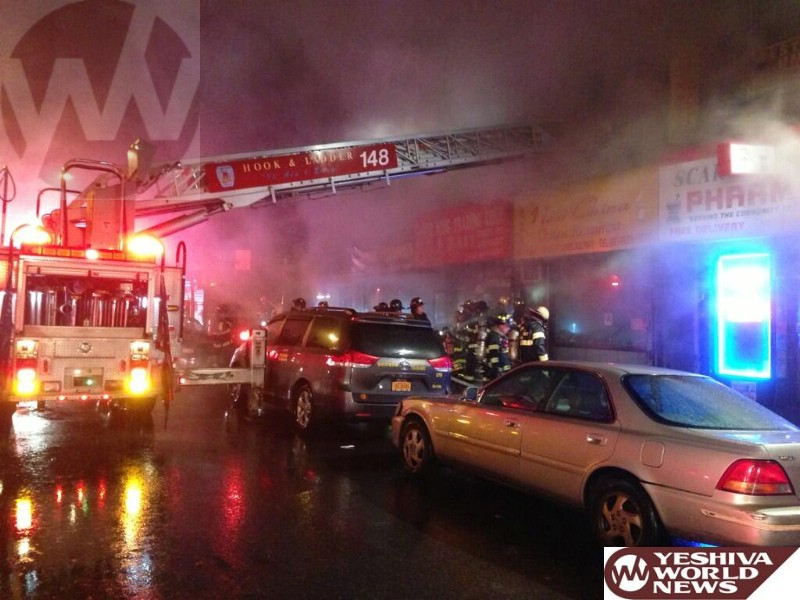 At least seven businesses were damaged when a fire tore through a strip of stores in Brooklyn late Monday.

The fast-moving three-alarm fire broke out on 11th Avenue and 63rd Street in Dyker Heights just before midnight and destroyed a grocery store, a dry cleaner, a pharmacy, a liquor store and a Chinese restaurant.

Several firefighters were treated for minor injuries, but thankfully, no one was seriously hurt.