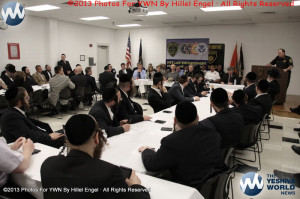 As the summer season continues to draw near, members of law enforcement joined with community leaders for a pair of meetings to discuss the annual influx of summer residents to the Catskills region. An estimated 100,000 New York City residents are expected to summer in the area, which includes Sullivan, Orange, Ulster and Greene counties.

The first of two meetings took place on Thursday, June 6th at the Orange County Law Enforcement Center in Goshen and was attended by nine county sheriffs and over fifty members of local law enforcement. Orange County Sheriff Carl DuBois, who hosted the meeting, stressed the importance of good relationships between law enforcement and community leaders in order to provide optimum communication. Captain Jamie Kaminski of the NYSP discussed several important issues including the statewide ban against using cell phones for texting or calling while operating a motor vehicle, New York’s newly enacted Move Over Law, requiring drivers to shift one lane to the left when approaching an emergency vehicle whose emergency lights are flashing, the need to exercise caution when approaching the construction zone at exit 107 on Route 17 and the importance of automotive maintenance before embarking on any long drives, particularly in the often oppressive summer heat. Leadership of the area’s two largest hospitals, Orange Regional Medical Center and Catskill Regional Medical Center, praised Hatzalah for their continued efforts on behalf of all area residents. Rabbi David Cohen, CEO of Central Hatzolah spoke about the relations between the organizations and the law enforcement community. 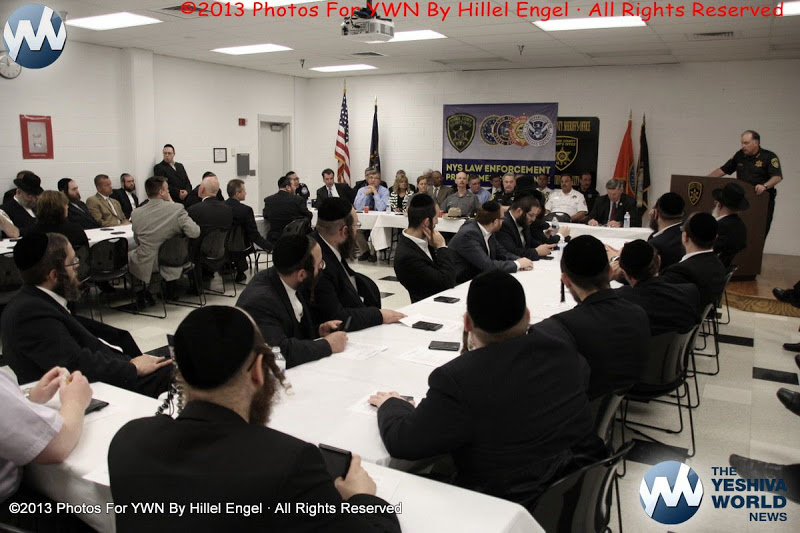 At a separate event held on Monday, June 10th, the NJSP held another outreach meeting at the NJSP barracks in Totowa, with community leaders from New York and New Jersey discussing summer related issues with law enforcement officials.

Major Gerald Lewis, commanding officer of the New Jersey State Police Community Affairs division, thanked attendees, including police chiefs and county sheriffs, for taking the time to take part in the annual meeting, and stated the importance of open communication between members of law enforcement and leaders of religious and faith based communities, in order to be able to serve those groups with greater sensitivity. 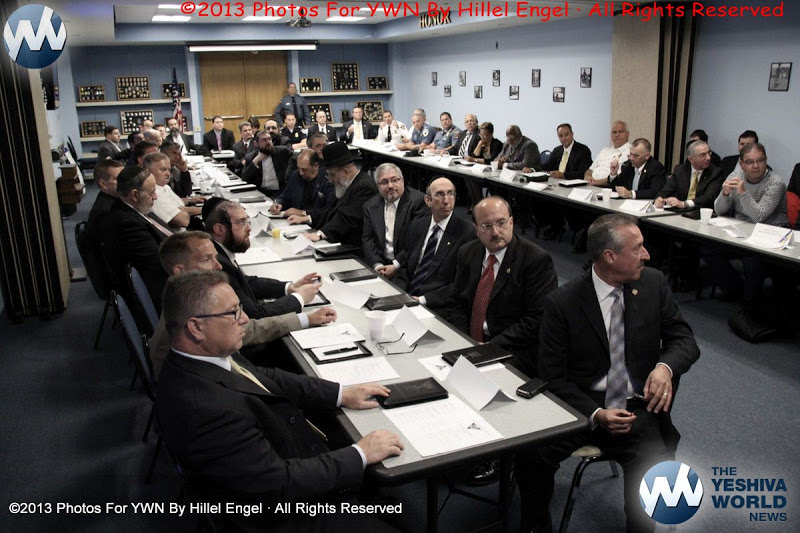 Representatives of the FBI, the Department of Homeland Security, Customs and Border Patrol and the Transportation Security Administration all gave informative presentations. Also in attendance were Ocean County prosecutor Joseph D. Coronato, representatives from the New Jersey Attorney General’s office and many county sheriffs from Bergen, Passaic and Morris counties, who expressed their satisfaction with the meeting as an excellent means of improving community relations.

“This is another great example of community leaders and law enforcement working hand in hand,” said Rabbi Abe Friedman, chaplain to the NJSP and one of the organizers of the two meetings.