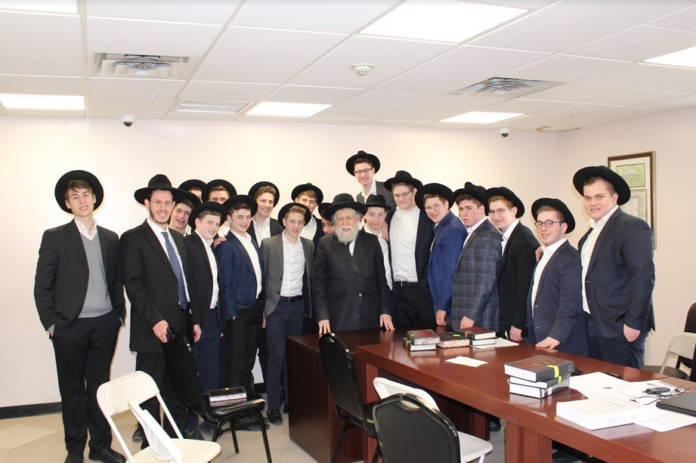 This is the second in a series of articles highlighting the history and accomplishments of Yeshiva Shaarei Torah of Monsey as it prepares for its gala expansion dinner on March 26.

Yeshiva Shaarei Torah provides an all-encompassing chinuch experience for its talmidim, from those who have just emerged from elementary school and are entering the next stage in their lives to seasoned talmidei chachomim learning in the yeshiva’s kollel.

The foundation of the yeshiva, however, is clearly its outstanding mesivta. Since the time that Rav Mordechai Wolmark assumed the position of Rosh HaYeshiva, the mesivta has flourished and grown. Under his direction, the Hanhala has endeavored to enhance the derech halimud to keep the talmidim engaged and included extra-curricular learning programs and activities to counter the myriad distractions facing today’s youth.  Rav Wolmark also takes a personal interest in the hatzlacha of every talmid.  He shares a close connection with the rabbeim and the talmidim, who continue to seek his guidance for years after leaving Yeshiva Shaarei Torah.

The success of the mesivta is predicated on one specific ingredient: a bochur being excited to go to yeshiva each day. If a bochur looks forward to spending his days in yeshiva, then his hatzlacha and growth will almost surely follow.

It is this mindset that governs the relationship between the bochurim of Yeshiva Shaarei Torah’s mesivta and the world-class rabbeim who teach, guide, inspire and uplift them.

The success of this approach is seen in the palpable love that the bochurim, from the young ninth graders to the experienced twelfth graders, demonstrate towards their rabbeim. The rabbeim’s ahavas talmidim is reciprocated by the bochurim’s admiration and respect for the talmidei chachomim who comprise the staff of the mesivta.

That veneration extends to the parents of the bochurim, who share the respect and esteem for the men who are guiding their sons to maximize their potential and become genuine bnei Torah who will carry the timeless values they are taught no matter what they end up choosing to be involved in as they enter later stages of life post-yeshiva.

The talmidim come from diverse backgrounds, creating a beautiful mosaic of bochurim who unify and create an achdus-filled atmosphere that keeps them energized and desiring to succeed in both limudei kodesh and limudei chol, for which the yeshiva boasts a stellar curriculum, with college credits, rounding out the day so that each bochur emerges as an adam hashaleim, having received a wholesome, all-inclusive, comprehensive education.

When the talmidim conclude mesivta, they move on to some of the most prestigious bais medrash programs across the American Torah world, where they are immediately recognized as “Shaarei Torah bochurim” for the superb chinuch they’ve received and the high-level learning they’ve mastered.

The mesivta bochurim benefit greatly from periodic shmuessen delivered by the Rosh HaYeshiva, Rav Mordechai Wolmark, as well as chavrusashafts with older bochurim of the yeshiva. The cohesive interaction between the yeshiva’s bais medrash, kollel and mesivta is unique. The kesher that many of the mesivta students have with the bais medrash bochurim and kollel yungeleit leaves a profound impression, providing an image for them to aspire to and emulate on their path to becoming serious bnei Torah.

The strong emphasis on learning is complemented by extra-curricular activities and programs, such as trips with the rabbeim, twice-a-year Shabbosos of chizuk when the bochurim remain in the yeshiva with the rabbeim for an uplifting Shabbos experience, and more.

The high standard of learning at the mesivta can be seen in the fact that the now-renowned Vehaarev Nah program, a groundbreaking chazarah project founded by Rav Dovid Newman, started at Shaarei Torah. Today, this program has gained popularity from sea to shining sea, but it all began at this mesivta in Monsey from a concept Rav Newman pitched to Rav Wolmark.

After Rav Newman’s successful first year with the twelfth grade bekius shiur, Rav Wolmark had all the rebbeim of the mesivta employ a similar program called Bilvovecha, which focuses on helping the boys master their limud b’iyun with the same Vehaarev Nah-style chazarah.

For the mesivta boys, the energy of a day at Shaarei Torah begins early in the day with an invigorating pre-Shacharis program that features rewards for those who come to learn.

The boys’ Shaarei Torah experience is enhanced by visits to gedolei Torah, a midwinter learning program, and other supplementary activities.

“The atmosphere at Shaarei Torah is a very happy one,” one parent attested. “There’s a tangible geshmak in the air. You feel it as soon as you enter the yeshiva building. There’s an energy that stands out.”

Mr. Warren Katzman, father of a former talmid and father-in-law of an alumnus, concurs. “I have no doubt that all the success our son is experiencing today is built on the success he had at Shaarei Torah,” said Mr. Katzman.

What is the secret behind the Shaarei Torah experience?

Without a doubt, it is the Hanhala and the rabbeim of the mesivta, who set the tone and create the ruach that has brought such success to the talmidim.

The menahel, Rav Chaim Schwartz, who assumed the helm of the mesivta 12 years ago, exudes a special brand of warmth that puts the talmidim at ease and infuses them with the knowledge that at Shaarei Torah, they will be guided, cared for, and nurtured.

With over two decades of experience in chinuch, Rav Schwartz, has a keen understanding of the talmidim entrusted to his care.  He is personally invested in the progress of every talmid and works proactively with the rabbeim on a constant basis.

Mr. Katzman related that when his son met with Rav Schwartz for his farher to gain acceptance to the mesivta, his son immediately knew that this was the place he wished to attend for mesivta.

“There was no question,” says Mr. Katzman. “Rav Schwartz’s genuine concern came through so clearly when they met. He demonstrated that he is a one-of-a-kind mechanech whose mind and heart are focused on the needs of his talmidim.”

These rabbeim are so beloved by the talmidim, who look up to them as role models to emulate.

“The boys are thrilled,” Rav Delouya relates. “It’s a great environment, where we, the rabbeim, and our precious talmidim all feel blessed to spend our days.”

The hatzlacha of this outstanding mesivta can be seen across the country, wherever alumni of Shaarei Torah can be found.

And the alumni are everywhere – a rabbi in Columbus, a surgeon in Yardley, a real estate agent in Florida, yungeleit in Lakewood, and rabbeim across the olam haTorah.

The impact of the mesivta of Yeshiva Shaarei Torah is being felt keenly wherever you turn. And as the mesivta embarks on its next stage of avodas hakodesh, you can expect to witness its influence for many years to come. 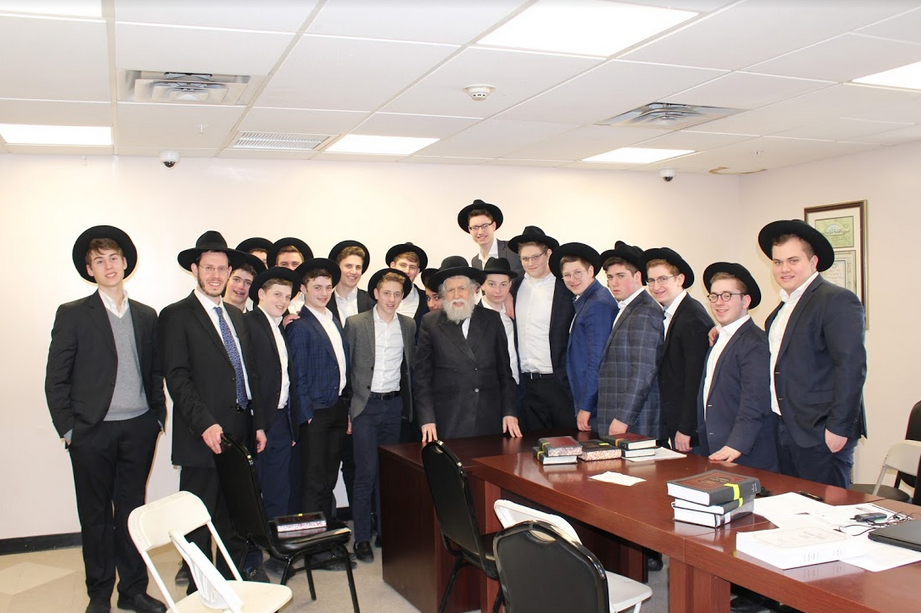 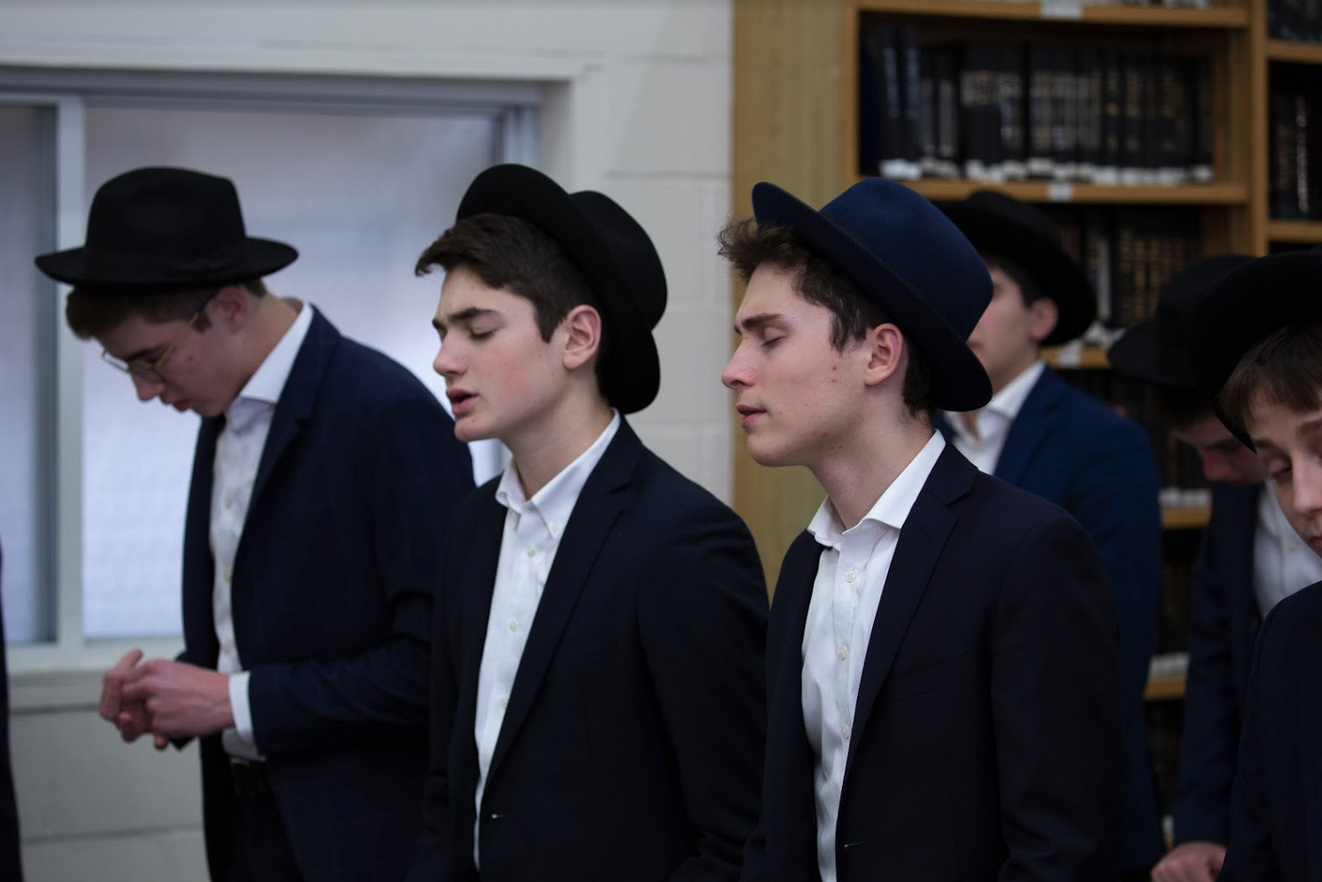 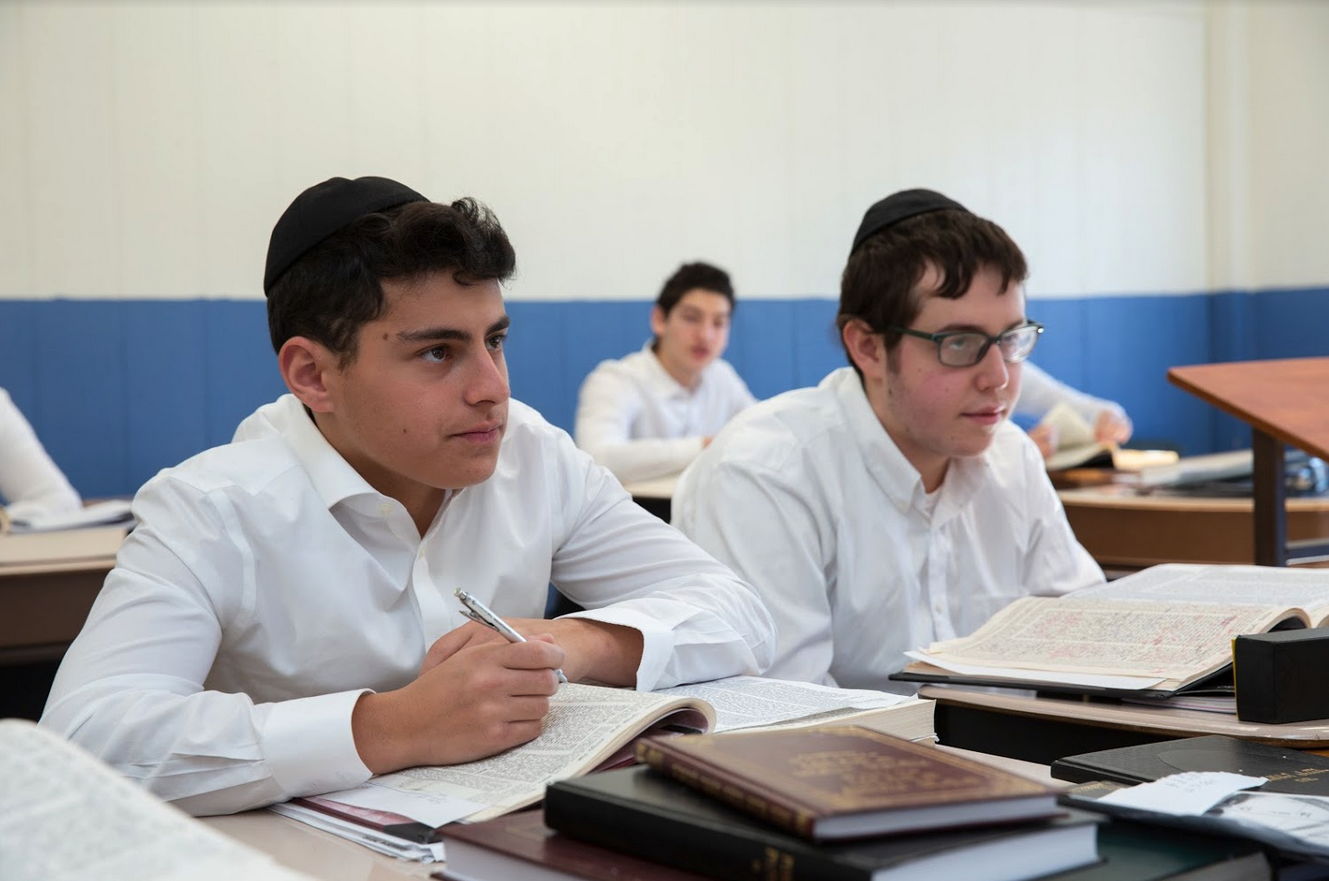 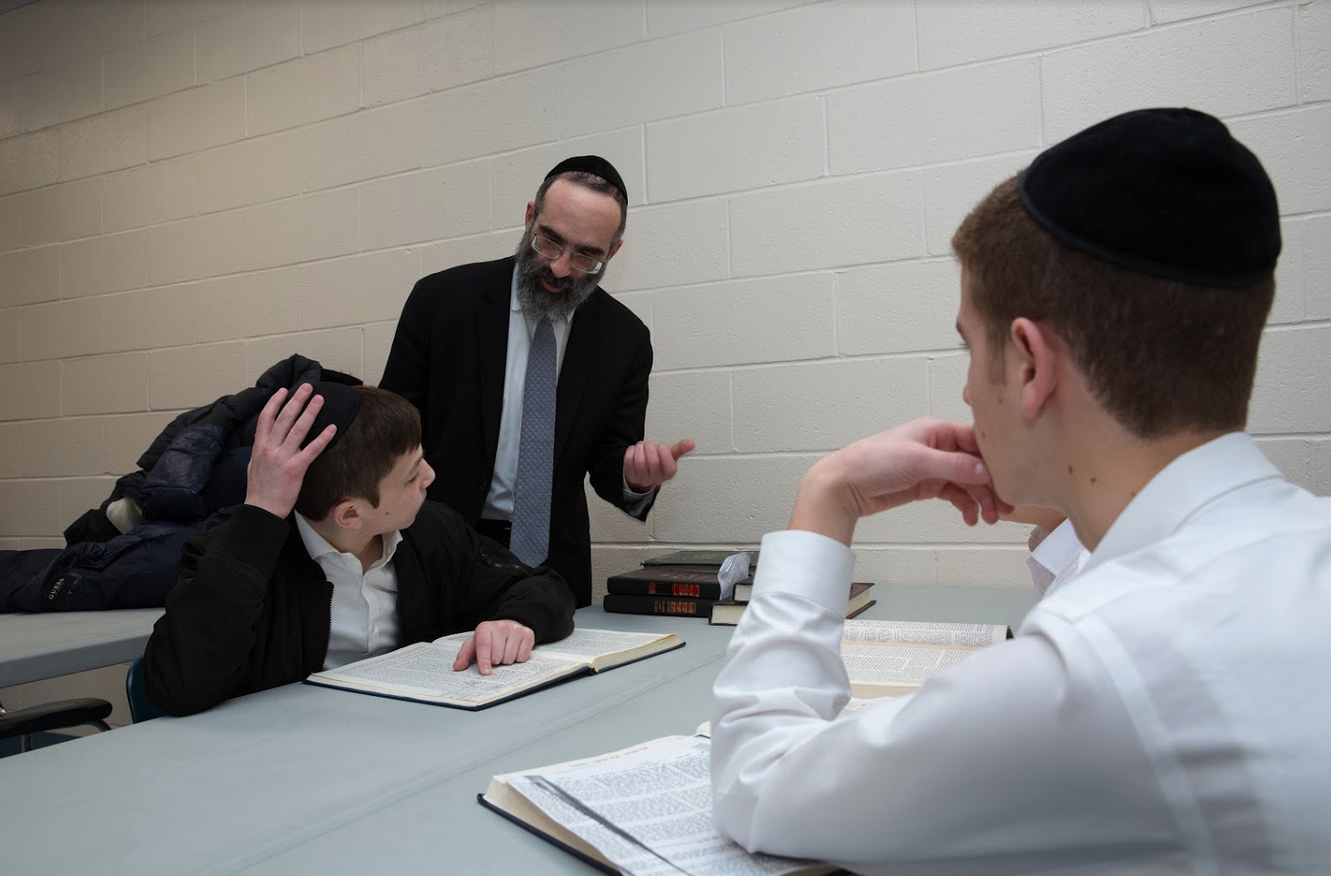