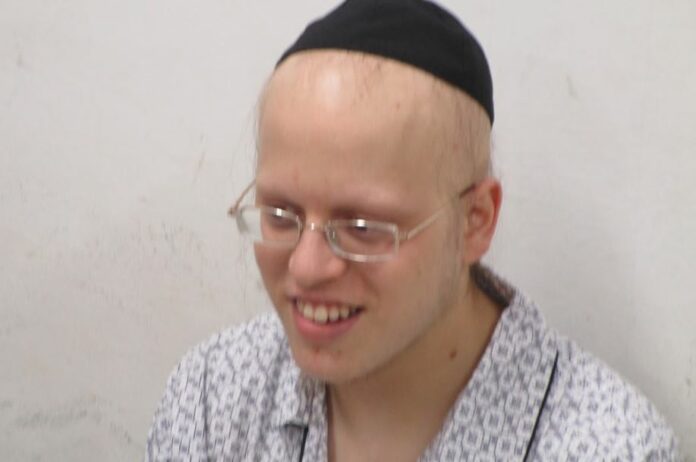 “Recently came a day I feared would never come,” begins the emotional letter penned to the public. “The day I became a chassan.”

Yitzchok Rotman’s disbelief at his engagement, however, was not due to the struggles with dating which are so prevalent in today’s world —

He was surprised because he didn’t expect to be alive at all.

Two years ago, Yitzchok was in a hospital bed fighting brain cancer. Shortly before, his older brother had died from the same disease. The Rotman family were still freshly processing the loss of one son when another was diagnosed. It was a chaotic time, which they feel tremendously blessed to have left – Mostly.

Though the disease has passed, the Rotman are left dealing with its after-effects on a daily basis. An overwhelming amount of medical debt has left them in extremely difficult financial standing. They have a large family to support, and struggle to cover their basic needs. Now that Yitzchok is engaged to be married, they are left without the means with which to make a chasuna.

The aforementioned letter goes on:

“My wonderful parents, who have suffered through so much and given all they had to their children, are now left unable to afford their own clothing to their son’s chasuna. There are many siblings to dress, a hall to rent… Even the simplest wedding is far beyond our expenses.”

His hope, however, is not yet exhausted:

“Helping to make a chasuna is a tremendous mitzvah and that is why I am turning to you, Klal Yisroel. It is truly a miracle that I am here today to speak with you … Maybe we can make another miracle, together, through this mitzvah – and my family can make this wedding with dignity & ease.”

Those who are able to donate to help the Rotman family make a simple chasuna and recover from their crippling debt can do so here for a limited time.