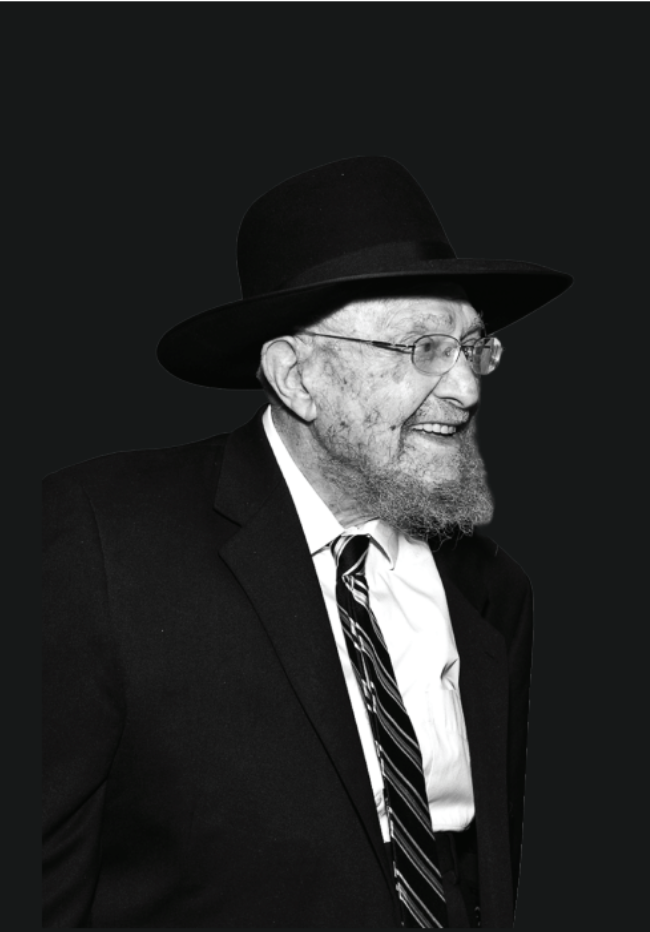 Can one guard every single word, but still have all the time in the world for anyone?

Can one possess the strongest of opinions, but still be accepting of all?

Can one need nothing for himself, but others’ needs have no limits?

This film is an in-depth journey exploring the life and times of Maran Hagaon Rav Dovid Feinstein zt”l.

Will we understand him?

But exploring his life will definitely change ours.

Rav Dovid Feinstein was born in 1929 in Luban, a small town located in present-day Belarus, where his father HaGaon HaRav Moshe Feinstein zt”l served as Rav of the community. The family emigrated to America in the winter of 1937 and ever since the boat carrying them arrived at New York harbor, the Jewish world has never been the same.

This feature-length film contains never-before-seen footage, pictures, stories and recollections from the Gadol HaDor’s closest family and talmidim including his wife, tblch”t Rebbetzin Malke Feinstein, Rav Reuven Feinstein, Rav Shmuel Kamenetzky, Rav Dovid’s chavrusas and friends from his youth, R’ Reuven Wolf, and many more. With over 45 interviews and extensive research, this film is truly monumental.

How was Rav Dovid able to pasken such complex shailos instantly?

Hear about the time he needed to think about a shailah!

Why did Rav Elyashiv zt”l send him shailos?

Gain insight into why Rav Dovid did his own grocery shopping.

What was his surprising P’sak Halachah he ruled on for Rabbi Dovid Ozeri?

Everyone knows about Reb Dovid. We know he lived on the Lower East Side, we knew the pay phones where he answered shailos and the pizza shop where he often ate breakfast. We know all about him, but do we know who he was? Did the simplicity fool us? Did the relatability distract us?

This film will explore how no matter where he was, who he was with, or what was at stake, his focus was to do exactly what Hashem wanted him to do at that moment, nothing more, and nothing less. Yes, it may be the ultimate simplicity – but that is what made him so great.

Be a part of this once-in-a-lifetime experience, TONIGHT at 8:00 PM, right here, or on MTJ.EDU

If you would like to place an ad or donate to the yeshiva in memory of Rav Dovid Feinstein zt”l, please CLICK HERE to visit MTJ.EDU now, and express your appreciation for what Rav Dovid zt”l did for our entire community.