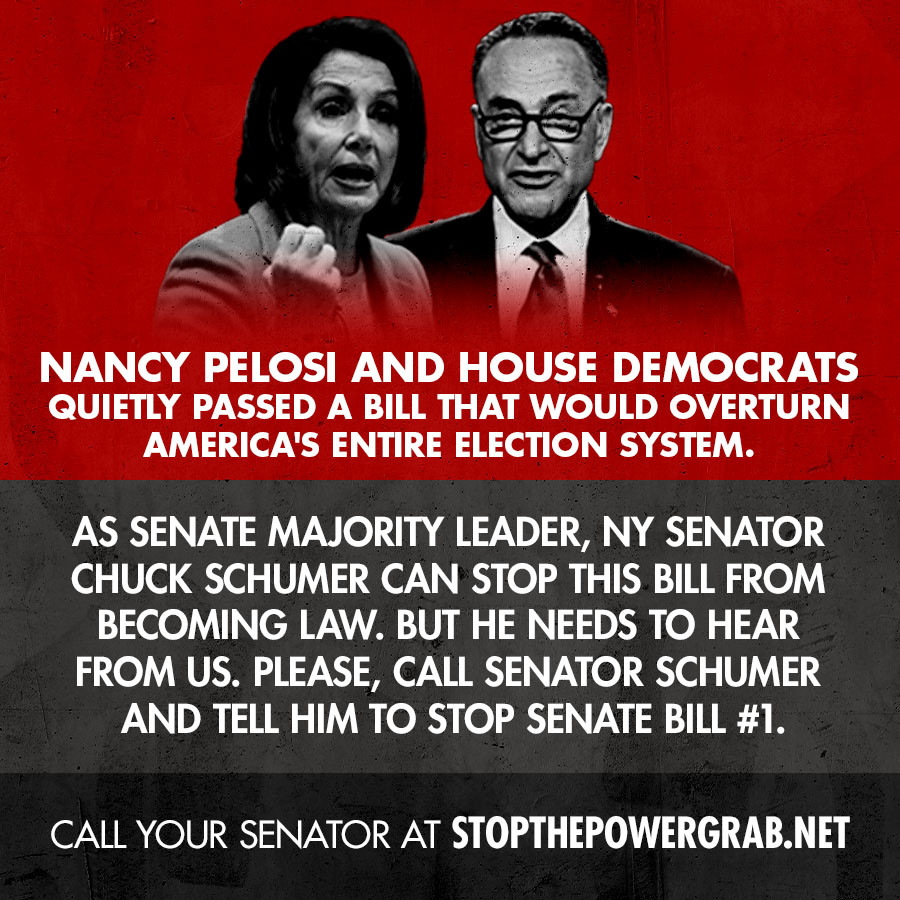 This will be a disaster if passed by the Senate and signed into law.

This radical bill would:

Ban any voter ID laws in all fifty STATES!

Remove any state requirements for ballot security (even signature verification)

More broadly, should this bill become law, it will allow the Democrat party to pursue deeply unpopular policies  knowing they won’t have to compete in fair and safe elections.

Policies the radical Democrats will pass:

Defunding and abolishing the Police

Support for Iran, including billions of dollars to their state-sponsored terrorism

Increased hostility toward Israel, and elimination❌ of the Iron dome program

A Cancel Culture that provides no room for opposing thought

We need your help!!!

Your call to Senator Schumer will make a difference We can stop this bad bill if we all call: